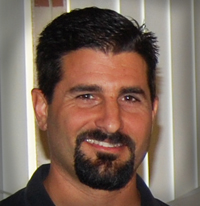 When Hurricane Katrina and the earthquake in Haiti took place, many in the Orthodox Presbyterian Church wanted to help out, but whom does one call to offer aid? David Haney, the OPC's director of finance and planned giving and a member of the Committee on Diaconal Ministries (CDM), stepped in during those times, working with Home Missions to organize teams to go to disaster areas. The day after Haiti's earthquake last January, David's cell phone was filled with messages from people who wanted to help. It was clear to David, the Diaconal Committee, and Home Missions that they needed someone to handle such emergencies on a full-time basis.

Every year church groups contact Home Missions and ask where they might send teams for a week or two to help congregations in need in North America. Ross Graham, Home Missions general secretary, often connects the groups with OP churches in Key West, Florida; Neon, Kentucky; or other locations so the teams might help with construction projects and in running vacation Bible school programs. According to Graham, their efforts to arrange short-term ministries were "somewhat clumsy and informal."

At the same time, OP members served as short-term missionaries on the mission field, often building hospitals and missionary housing or helping the missions with English as a Second Language camps and vacation Bible schools. The Foreign Missions staff often has been bogged down helping groups get passports, visas, and medical evacuation insurance and serving as a conduit to match the volunteers' skills to the needs on the mission field. Over the last two years, these three committees worked together to solve those problems by creating a short-term missions coordinator position. David Nakhla, an elder at Calvary OPC in La Mirada, California, started last month as the OPC's first full-time missions coordinator. David has served as a short-term missionary on three OP mission fields as well as has been involved with short-term opportunities in North America.

"The tasks involved (in Diaconal Ministries) were just too much for a full-time pastor to carry out," said Lendall Smith, president of the Committee on Diaconal Ministries. "Having a coordinator who will promote opportunities for service, help recruit and train interested individuals, and facilitate getting teams and individuals to the field will be beneficial to the life and fellowship of the church." The new position, Graham said, "allows us to expand and even promote short-term home missions opportunities that don't require a passport and that might require less rigorous preparation and on-scene ministry than foreign trips. We hope that Nakhla's presence and efforts will help to focus short-term groups on the actual ministries they will be doing, preparing to do them before they get to the field, and working with those already on the ground to let our short-termers know the focus and importance of their ministry."

The task will not be easy. At the recent OP Diaconal Summit, deacons were warned that short-term missionaries often unknowingly create problems in their efforts to help others. OP Ugandan missionary Bob Wright witnessed two denominational splits occur within African churches due to arguments over monies being sent by short-term missionaries. "Typically problems occur when the visitors begin sending funds when requested by the local people without the missionary having any input into the request," said Wright. "Having someone coordinating, organizing, and handling orientation and follow-up should help to give people a little more hesitation in just 'following their hearts' and undermining the work of the missionaries." Bube agrees. "Much of short-term missions today are done in a parachurch context which doesn't tend to work toward the establishment of a faithful, biblical (i.e., Reformed) church," he said. "The emphasis is often on the individual, using a decisional model of regeneration rather than on the sovereign God working by his grace through his approved means of grace for the gathering and building of his church. An advantage to OP members who participate in going out on OP short-term missions is the knowledge that what they are doing will advance the cause of Christ in the work of the missions and at the same time provide pastoral care and oversight for short-term missionaries themselves."

Wright has worked with Nakhla on three mission fields and believes that his multi-mission field experience, his technical expertise, and his maturity as a church officer will serve the OP well. "He is intelligent, thoughtful, careful, and diligent in his work," said Wright. "He interacts well with the local people and the missionaries."

Nakhla's experience and long-term goals helped to prepare him to handle these challenges. "I have a strong interest in short-term missions," said Nakhla, who served as a deacon before becoming an elder. He worked a side-job in construction during college, which primed him for his first overseas mission trip to Eritrea where he helped to reopen the medical clinic there. Later Nakhla, his brother, and another man took shipping containers and other equipment provided by Wright and built the medical center for the Karimojong in Uganda. He also served as a short-term missionary in Haiti. Nakhla also helped serve the Presbytery of Southern California by assisting in the sending out of short-termers to Haiti, Uruguay, and the Czech Republic. After hurricane Katrina, he twice visited Mississippi to cut down trees and assist in rebuilding the devastated area.

A key to Nakhla's move to full-time Christian service is his wife, Faith, whose father, Don Buchanan, was an OP missionary to Egypt and served seven years as the general secretary of Foreign Missions. "We are definitely a team," said Nakhla, 38. "We have been working toward the career change for 15 years."

Before their marriage, David and Faith agreed that he would work 15 years as an electrical engineer to establish the family and themselves financially before entering into full-time Christian service. The 15-year mark was realized on Oct. 1.

The three committees were thankful for their choice of Nakhla as the OPC's first short-term missions coordinator. "Nakhla's attitude and actions are exemplary," said Smith. "He has been involved with short-term mission projects both at home and abroad. He has a strong desire in seeing these projects being carried out to assist mission works and benefit the church."

Mission fields also will benefit from Nakhla's effort to send out short-termers to encourage and assist missionaries in their work. "To actually organize and mobilize the resources in the church would be a great asset to those on the field," said Wright. "The short-term coordinator can get the right people into the right places when there is a need."

For Home Missions, Nakhla hopes to create opportunities that are readily obtainable to church members because of the low cost. "Home Missions is where we can use them as a training ground for Foreign Missions that go out," said Nakhla. "Certainly Ross (Graham) and Dick (Gerber, Home Missions associate general secretary) would like to see Home Missions utilize teams to accelerate the spread of the Word in regard to church plants."

With Diaconal Ministries, Nakhla plans to have the CDM recoup the responsibility for disaster relief from Home Missions, including creating a database to send construction and medical teams to areas of disaster.

"Short-term missions can be a boost of energy on various fronts," said Nakhla. "They can be used in evangelistic ways by passing out tracts, helping run VBS programs, and using English as a Second Language as a medium to teach about the Bible. It can keep the focus on missions and possibly recapture resources that are going outside the OPC right now."

Nakhla's first year will be a "matter of 'learning the ropes' and laying the foundation for handling CDM administrative tasks and coordinating what needs to be done to organize short-term works both at home and abroad," said Smith.

Over the next year, Bube hopes Nakhla will develop a good short-term missions program that establishes a working relationship with missionaries, ascertaining their needs, developing a database of OP members with various skill sets, and finally matching the resources with the opportunities. In the future Nakhla will help short-termers get passports, visas, inoculations, and medical evacuation insurance for overseas trips. Wright hopes Nakhla will develop policies for service in various mission fields.

With Home Missions, Graham hopes that during Nakhla's first year he will "get acclimated to the new position, catalogue various opportunities for short-term home missions venues, and see one or two of them happen."

"The time has come in the growth and development of the church that an individual serving in this capacity will not only help the CDM carry out its responsibilities but also benefit the life and ministry of the church overall," said Smith.

Over the next year, Nakhla hopes to find or create preparation material for the teams and clarify expectations for the trips for team members and those on the field. "I view myself as finding opportunities and exploring them to make them available to interested parties to get involved in," said Nakhla. "My goal in the first year is to try to understand where we are at and what we are doing well, information-gather, and not initiate a lot of new efforts. I'm open to learning. I am all ears."

If you are interested in short-term missions or have special skills such as carpentry or medical expertise, please email Nakhla by clicking here.