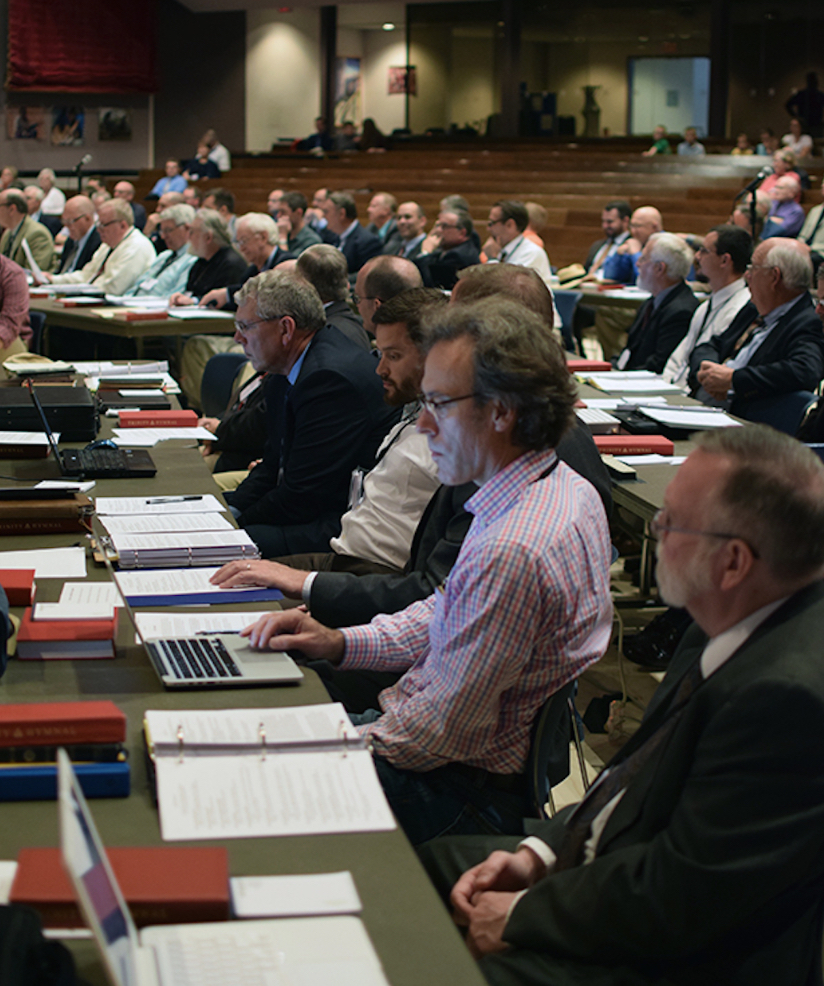 The General Assembly is the governing body of the whole church and the highest court of appeal in judicial matters. It consists of approximately 150 voting commissioners, including the moderator and stated clerk of the previous assembly and ministers and ruling elders commissioned by their presbyteries. The 89th (2023) General Assembly is scheduled to be held at Trinity Christian College, 6601 West College Drive, Palos Heights, Illinois, beginning at 7:00 p.m. on Wednesday, June 7 and ending no later than noon on Tuesday, June 13, 2023.

Available here are the minutes of the General Assembly, the highest court of the Orthodox Presbyterian Church, from its beginning in 1936 to the present. Click on a year of minutes to review or download the volume. Or search for a topic or name across all volumes in this collection.

General Assembly reports are thoughtful and weighty treatises on important matters but they are not constitutional documents. Only the Confession of Faith and Catechisms, the Form of Government, the Book of Discipline, and the Directory for the Public Worship of God of the Orthodox Presbyterian Church express the church's official understanding of what the Word of God teaches.

The Standing Rules and Instruments provide the procedural framework for meetings of the General Assembly.