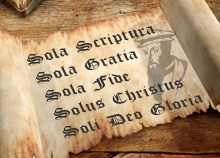 In May, 1989, a conference jointly sponsored by the National Association of Evangelicals and Trinity Evangelical Divinity School was held at the Trinity campus in Illinois. Dubbed a consultation on Evangelical Affirmations, the meeting revealed more than it settled. In the published addresses (Zondervan, 1990), Carl F. H. Henry, the dean of American evangelicalism, sets the tone for book with his opening line: "The term 'evangelical' has taken on conflicting nuances in the twentieth century. Wittingly or unwittingly, evangelical constituencies no less than their critics have contributed to this confusion and misunderstanding." He warned that "evangelical" was being understood, not according to scriptural teaching and "the theological 'ought,'" but according to the sociological and empirical "is." In other words, Henry was disturbed that evangelicalism is increasingly being defined by its most recent trends rather than by its normative theological identity. Author after author (presumably, speaker after speaker) echoed the same fears that before long "evangelical" will be useless as any meaningful identification.

The term itself derives from the Greek word euangelion, translated "gospel," and it became a noun when the Protestant reformers began their work of bringing the "one holy, catholic and apostolic church" back to that message by which and for which it was created. People still used other labels, too, like "Lutheran," "Reformed," and later, "Puritans," "Pietists," and "Wesleyans." Nevertheless, the belief was that the same Gospel that had united the "evangelicals" against Rome's errors could also unite them against the creeping naturalism and secularism of the Enlightenment in the eighteenth century. The so-called "Evangelical Awakening" in Britain coincided with America's own "Great Awakening," as Wesley, Whitefield, Edwards, Tennant, and so many others centered their preaching on the atonement. Later, of course, Wesley's zeal for Arminian emphases divided the work in Britain, but the Reformation emphases were clearly and unambiguously articulated in the Great Awakening.

Out of this heritage, those today who call themselves "evangelicals" (or who are in these churches, but might not know that they are in this tradition) are heirs also to the Second Great Awakening. Radically altering the "evangel" from a concern with the object of faith, the Second Great Awakening and the revivalism that emerged from it focused on the act and experience of faith, in dependence on the proper "excitements," as Finney and others expressed it, to trigger the right response. In our estimation, this Second Great Awakening was the most important seismic shift in American religious history. Although the Reformation emphases of sin and grace continued to exercise some influence, they were being constantly revised to make the "Gospel" more acceptable to those who thought they could pull themselves up by their own bootstraps.

Only in the last decade of this century have many of the movement's mainstream leaders considered the loss of an evangelical substance. No longer is the evangel the focus of the movement's identity, but it is now known more by a sub-culture, a collection of political, moral and social causes, and an acute interest in rather exotic notions about the end-times. At a loss for words, one friend answered a man's question, "Who are the evangelicals?" with the reply, "They're people who like Billy Graham."

It is at this point that those of us who are heirs to the Reformation—which bequeathed to evangelicalism a distinct theological identity that has been since lost—call attention once more to the solas (only or alone) that framed the entire sixteenth-century debate: "Only Scripture," "Only Christ," "Only Grace," "Only Faith," and "To God Alone Be Glory."

Please visit the Modern Reformation website to read the remainder of this article.

Michael Horton is J. Gresham Machen professor of apologetics and systematic theology at Westminster Seminary California, host of the national radio broadcast White Horse Inn and editor-in-chief of Modern Reformation. This article originally appeared as "The Reformation Then and Now" (Modern Reformation, March/April 1994, 12-19) and is reprinted with permission.