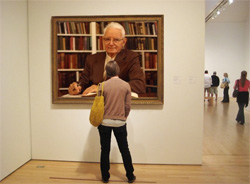 The Lost Art of Apologetics

Apologetics is something the Scriptures mandate for every Christian. The apostle Peter says, "But in your hearts set apart Christ as Lord. Always be prepared to give an answer to everyone who asks you to give the reason for the hope that you have" (1 Pet. 3:15). The Greek word translated "to give an answer" is the one from which we get the English word apologetics. Peter is telling us that part of what it means to sanctify Christ as Lord is that we should be ready to defend what we believe. Such a command probably strikes fear in most Christian hearts, and there are good reasons for that-which we will look at briefly below. However, one thing is certain: If Scripture commands it, we must obey. But how?

First, we need to realize why apologetics has become a lost art in Christ's church. The two traditional approaches to apologetics have required that highly technical, extra-biblical data be learned in order to be applied. For example, Thomas Aquinas's so-called "five ways" of proving God's existence require that a Christian be conversant with Aristotelian metaphysics and medieval scholasticism, as well as Thomistic revisions of them both. In order to defend the faith properly (though not biblically) using a Thomistic approach, one must be able to distinguish properly between existence and essence, and between substance and accidents, as well as to be familiar with Aquinas's analogy of proper proportionality and his principle of participation. It's no wonder that apologetics has lost its way!

Evidentialism, on the other hand, requires Christians to be at home with the great mass of "evidence that demands a verdict," including archaeology, higher criticism, etc. And then one can only conclude that Christianity is most probably true. Who would want to learn so much for the sake of setting forth a mere probability?

Fortunately, those of us in the Reformed tradition have another, biblical approach that will guide us in the proper direction. The apologetics of Cornelius Van Til is the best answer that has been given as to how one might fulfill the mandate of 1 Peter 3:15. Those who read Van Til may find him confusing. It is true that he was not writing to the average Christian. He was writing to the pagan philosopher, and thus his writings can be difficult to understand. But the point of his approach is that in the Bible the Christian has all that he needs and all that he will ever need for the doing of apologetics. Scripture is sufficient to train the man of God so that he may be fully equipped for every good work-including apologetics! To paraphrase a popular book on counseling, every Christian is "competent to challenge" any unbeliever because every Christian has access to the Word of God in the Spirit of God.

We know that everything owes its existence and its rationale for existence to God alone. We know, therefore, that no unbeliever can make sense of anything with which he is forced to live or which he tries to explain. We know that anything that the unbeliever discusses with us owes its explanation to those first powerful words of Scripture, "In the beginning, God ...." And how do we know this? From Scripture alone! Not from Aquinas's genius nor from an evidentialist's facts, but from the Bible, which alone is sufficient to equip every Christian to be ready to give an answer for the hope that we have.

It is in Van Til's writings, as opposed to those of Aquinas and other apologists, that we are constantly referred to the self-attesting Christ of Scripture. You cannot read one book by Van Til that will not continually point your approach, and thus point the unbeliever, to Christ and his Word.

Van Til was once criticized for confusing apologetics with evangelism. His response was gracious but to the point. He simply said, "You are certainly right in saying that I did not ... make any sharp distinction between witnessing to and defending the Christian faith. My defense of the truth of Christianity is, as I think of it, always, at the same time, a witness to Christ as the Way, the Truth, and the Life. I must then plead with [unbelievers] to accept Christ as their Savior from the sin of autonomy, and therewith, at the same time, to discover that they have been given, in Christ, the only foundation for intelligent predication. "To give a defense is to bear witness to Christ carefully and intelligently, but always and everywhere biblically! Sola Scriptura!