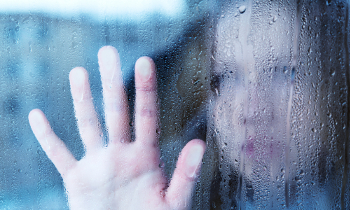 Helping the Victims of Domestic Violence

"The Lord is a refuge for the oppressed, a stronghold in times of trouble."—Psalm 9:9

Couples who sit peacefully in church pews may nevertheless be at war. Spouses can attack each other, defend ground, employ manipulative guerrilla tactics, and declare occasional truces. When war has been declared, there is sin on both sides, but when violence is involved, a strong man typically oppresses a woman. With God's grace, afflicted women often look to the church for help. When they do, what are some basic biblical parameters that should guide your ministry to them?

You hear the cries of the oppressed

The victim must be heard. As an imitator of Christ, you begin by listening to the cry of the afflicted (Ps. 10:17). Granted, this is self-evident. There could be no other starting point. But there is a background that makes listening more profound than simply gathering data or taking a perfunctory first step.

First, our Lord encourages the cries of the oppressed. The sheer number of Psalms that call out for God's protection indicates that we serve a loving Lord who never tires of listening to and acting on the groanings of the needy. God is the righteous judge who hears every complaint of injustice and hates oppression, but he is more than a judge. He is also the One who in unfailing love comes close to his oppressed people. His listening occurs in a relationship between the weak one and the compassionate Hearer-Shepherd.

Remember that some victims of violence are reluctant to speak openly about it. They may fear that openness will lead to retaliation by the perpetrator. They may feel ashamed that they contributed to the war (though they are not responsible for the violence done to them). They may consider their problems unworthy of an elder's or a friend's attention. Or, they may feel ashamed that their husbands could dislike them even to the point of violence.

In light of these teachings and tendencies, it is impossible to overestimate the importance of hearing the afflicted woman. Help begins by listening, not as a detective who wants to solve a case quickly, but as a brother or sister who mourns with those who mourn.

Since biblical listening is coupled with action, you may determine, especially if the violence has been personal and dangerous, that listening means taking the victim to a doctor, calling the police, or providing a temporary safe place. If the home is potentially unsafe, it is wise to inform the perpetrator that his wife has revealed the violence and is being kept at an undisclosed safe place.

If the woman is confident that returning to her home will not lead to her physical harm, then listening should include a more systematic review of the violent, controlling patterns in the marriage. This information is most helpful when it is specific and written down. Then the perpetrator can be confronted according to the requirements of Matthew 18, and made to understand that the church leadership takes domestic violence very seriously and will act to protect his wife even as they seek to minister to him and hold him accountable.

You teach the oppressed to put their hope in God

The victim must be encouraged in her faith. As in all suffering, she may think that God is indifferent and aloof, or that the perpetrator is all-powerful. Either way, affliction is always a time for God's people to know and rely on our God who hears. Furthermore, if a victim is ever to move toward a repentant perpetrator in love and to open herself to love and trust, she must be strengthened by a robust faith.

1. God does not forget (Ps. 10:12; 56:4). Personal trouble does not mean that God has forsaken his people. Rather, the Bible constantly shows that God responds to prayers for deliverance. While we cannot always observe this deliverance immediately, God will most assuredly deliver his people. The story of God's work in their lives is not over. Therefore, remind victims to keep their eyes open, watching for God's strong hand in their lives.

2. Jesus knows our sufferings. In his own body, he experienced violence at the hands of his own people. In fact, his experience surpasses our own because he suffered even to death. When we see this suffering, it can actually begin to lighten, or outweigh, a woman's grief.

For the woman who feels forsaken by God, the sufferings of Jesus can be a great comfort. It is a comfort that exceeds the sympathy and comfort extended by other women who have endured similar experiences. At a women's shelter, a victim of violence will be surrounded by people who understand, but in the throne room of God, she will be in the presence of One who understands perfectly, grieves deeply, and loves completely.

3. The Cross provides the timeless evidence of God's love for his people and his "toughness" with sin. Sin and suffering will always remain a mystery. Neither makes sense in a world that God created as good. Yet it is clear that God's love, demonstrated to us in Jesus, exceeds the boundaries of our imagination, and his justice leaves observers silenced. In a world where a woman cannot trust the one closest to her, the greatest blessing you can offer to her is the assurance of God's loving and watchful presence.

You teach the oppressed how to disarm the controlling, angry, or violent person

The victim must know how to preempt and respond to ungodly anger. Whether or not the woman returns immediately to her home, she must learn to manifest "a spirit of power, of love and of self-discipline" (2 Tim. 1:7). Too often her responses to violence fluctuate between timidity and revenge, revealing both the perpetrator's ongoing control and his dominance in her life. Instead of fluctuating between these two extremes, wives need to be led in a biblical course that is humble and powerful.

A key text is Romans 12:21, "Do not be overcome by evil, but overcome evil with good." In the context of Romans 12, this passage suggests that radical freedom from perpetrators consists of loving the enemy more, not less. This moves us beyond the question What do I need from him? to How do I overcome with the love of Christ?

1. When in doubt, confess your sin to the perpetrator. There may be no more powerful response to the sin of others. Everyone knows how difficult it is to confess sin to another person, but to confess it to a perpetrator of violence seems utterly impossible. But a woman who is strong in the Lord does not stand on her own righteousness; rather, she stands on the righteousness of Christ and can therefore confess her own sin. This, of course, does not imply that her actions caused the violence or abuse. She simply confesses sin that God has exposed in her life.

2. "Then you will see clearly to remove the speck from your brother's eye" (Matt. 7:5). For some women, confrontation may be harder than confession. It may be easier for them to assume they deserve sinful treatment than take a stand against sin. Or they may be afraid that confrontation will lead to divorce. But a way to love the perpetrator is to clearly portray his sin and its consequences. Minimizing or ignoring it can be spiritually deadly—for either party. Such confrontation should be done in the presence of another person.

3. Forgive quickly, but don't allow the perpetrator's request for forgiveness to be the end of the discussion. Reconciliation begins when the perpetrator asks for forgiveness. In situations where there has been an outbreak of violence, this violence uncovers a larger pattern of demandingness, control, and arrogance. Such patterns should never be swept aside with the words, "Will you forgive me?" The flesh and the devil thrive when hurts and sins are kept in the dark. Therefore, one way a wife can love is to let her husband know the consequences of his sin in her life. This is not done to hurt; it is done to heal.

4. Speak with gentleness and love. In a world where advanced technology is power, we often overlook the power of words. Words, however, can disarm angry people. It can be a great encouragement for women to know that "a gentle answer turns away wrath" (Prov. 15:1). Although the woman is not the cause of the violence, she nevertheless has power to subdue it with humility, gentleness, and love.

Domestic violence is as damaging to a marriage relationship as adultery. We should never minimize its impact on the victim. But, as with all suffering, we should also never minimize the grace of God to these victims. God reserves unique glimpses of himself for those who have been oppressed, and he gives power to shake off the twin enemies of timidity and rage.

Dr. Welch is a counselor at the Christian Counseling and Educational Foundation in Glenside, Pa. Reprinted from New Horizons, February 1997.