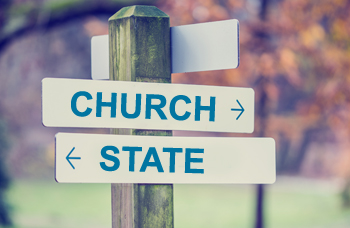 The Spirituality of the Church

We’ve just entered the year 2017, the five hundredth anniversary of the beginning of the Reformation. Many observances will mark the year, including reflections about what the Reformation achieved in the areas of church and state. Before the Reformation, two models tended to prevail: in the East, the emperor retained control over the church (the Byzantine Empire lasted until 1453); in the West, the church sought to maintain control of her own affairs in the face of attempts of the civil powers to control the church. The problem, however, with the Western approach was that the Bishop of Rome claimed a supremacy over the whole church and at the same time claimed that the church was over the state. Abraham Kuyper put it well with respect to the claim of supremacy over the whole church: “Rome stood up for the liberty and independence of the church, but at the expense of the liberty within the church” (“Church and State”).

The spiritual independency of the church, as Calvin had taught and as was embraced in the 17th century by Scotsmen like Samuel Rutherford and George Gillespie, developed in America into the doctrine of the spirituality of the church. To be sure the doctrine was often used to keep the church out of the debate over slavery in America. Charles Hodge, professor at Princeton and the most influential Presbyterian of the 19th century, lamented this use of the doctrine, writing (in reflecting on the 1859 GA), “To adopt any theory which would stop the mouth of the church, and prevent her bearing her testimony to the kings and rulers, magistrates and people, in behalf of the truth and law of God, is like one who administers chloroform to a man to prevent his doing mischief.”

Hodge agreed that the church was not ordinarily to interfere in civil affairs, certainly not in areas that divided good men and at which no clear biblical principle was at stake. But he also wrote: “Let Caesar attend to his own affairs. But if Caesar undertakes to meddle with the affairs of God; if the state pass any laws contrary to the law of God, then it is the duty of the church, to whom God has committed the great work of asserting and maintaining his truth and will, to protect and remonstrate.”

Hodge believed that the Word of God was clear that men ought to submit to duly-constituted civil government. When Gardiner Spring, by way of resolution, proposed to the 1861 GA that it should issue a call for support of the federal government, Hodge argued that the church was not competent to decide the political question of the preservation of the union then dividing the nation. Hodge, though politically a strong union man and supporter of Lincoln (as well as a proponent of emancipation), opposed the Gardiner Spring resolution as a violation of the spirituality of the church.

The church today must proclaim the whole counsel of God, even with respect to the magistrate, but she must resist the politicizing of the church and yield always to Him whose kingdom is not of this world. In a post-modern culture, in which power has replaced truth, it is easy to give way to the politicization of all of life. The church is a spiritual institution given to the preaching of the Word, the administration of the sacraments, and the discipline of her members, all conducted in prayer to God for his blessing upon the appointed means. Rightly construed, the doctrine of the spirituality of the church furnishes guidance for how the church both distinguishes itself from the world and how it gives itself to the world.