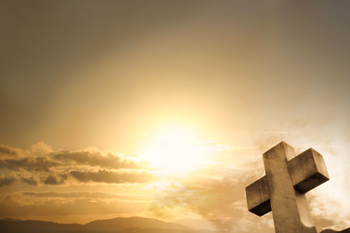 The Imputation of the Active Obedience of Christ

"I'm so thankful for active obedience of Christ. No hope without it." These are the heralded dying words of J. Gresham Machen, sent in a final telegram to his colleague at Westminster Theological Seminary, Professor John Murray. What thrilled him, as he reflected on recent discussions with Murray and a sermon on the radio Machen himself had given on the subject, was that Christ had fulfilled the law for his own: Christ, in his passive obedience, not only suffered the wrath of God due us as lawbreakers but, in his active obedience, also kept the whole law for us.

This was Machen's hope—Jesus not only died for us but lived for us, the whole of his life being lived in our place, both in his law-keeping and in his cross-bearing. It must have been no small comfort to the perishing defender of the faith that his hope was not in anything that he had done, or could ever do, but only and entirely in what Christ had done for him, in perfectly obeying the law in his place. Some have alleged, and this becomes part of the argument for those who deny the imputation of the active obedience of Christ to his people, that Christ's death for us gets us everything we need.

In other words, though Christ died in our place, he did not live in our place, there being no necessity for such, as if we only needed his death on our behalf, but not his life of perfect obedience on our behalf. Christ's death indeed removes the debt of sin; it's his active obedience, however, accounted, or imputed, to us, which gives us the perfect righteousness that we need. We need not only sin to be paid for on our behalf but the law positively to be kept for us.

Some treat the requirement that sin's penalty be paid (as done in the imputation of Christ's passive obedience) and that the law's demands be fulfilled (as done in the imputation of Christ's active obedience) as a foreign idea, but it's common in our experience: we penalize a young person who fails to clean his room when instructed to do so, and, at the same time, even after having been censured, we still require him to clean it. Adam, as covenant head of the human race, was required to keep the law perfectly, and to pay the penalty for transgressing it. Christ came as the last Adam, federal head of his elect, to pay that price of transgression in his own body on the tree. He also perfectly obeyed the covenant that Adam failed to obey. He took the penalty for doing what Adam failed to do and he also actually rendered for us the obedience that Adam was bound to yield.

Thus the notion that not only passive obedience but active obedience is also necessary is not at all counter-intuitive but common to our everyday experience. We often say, to someone released from prison, "your debt has been paid. Show yourself now to be a law-abiding citizen (rather than a lawless recidivist)," recognizing that true change manifests itself in a new life of productive work, both in refraining from illegal activities and in pursuing that which contributes positively to the community. In Christ's whole obedience (a unified way of speaking of the active and passive aspects of his coming to do the Father's will, Hebrews 10:7), he does both, and it is his whole obedience that is imputed to us in our justification, so that we have a record of having paid the debt of sin and kept the whole law, all because Christ has done both for us.

Some may aver that since Christ paid the debt of sin, it's up to us to provide the righteousness that follows. Indeed, those who trust in the death of Christ alone for their salvation do live grateful lives, serving the Lord, not to pay for sin but because their sin has been paid for. All such grateful obedience, all such fulfilling of the law in its third use, however, is far from the perfect obedience that the law demands. A holy God can accept nothing less than perfect holiness and the holiness that is a part of our sanctification, that holiness which comes from our obeying God in the third use of the law, will never give us a perfect standing before a holy God, all such holiness being partial and tainted by remaining sin. We need not only our debt to be paid for by a perfect mediator, we need that same mediator perfectly to keep the law for us. This is what Jesus did in his active obedience, which is imputed to us in our justification (along with the passive obedience).