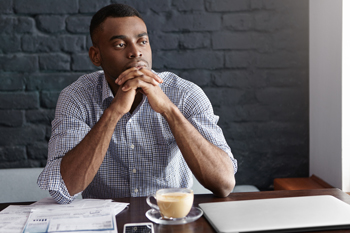 When tragedies occur around the world—and especially in our own country—there seems to be no shortage of people willing to assign cause. There is a great deal of sin in our world; it is a fallen world. We know that God will one day send Jesus to judge the world. Some people, though, want to assign specific reasons for the tragedies. I would encourage all believers to be cautious in assigning cause-and-effect relationship between sins and tragedies.

Don’t misunderstand me. I am not saying that we should soften our call for all people everywhere to repent and to believe the Gospel. The sins of our culture must not be winked at in any way. However, speculations as to why God allows (or brings about) various tragedies is not something that we ought to engage in. These are moments when we have no answers for why God allowed it.

I am reminded of when Jesus had the chance to explain why terrible things had happened. In Luke 13:1 he receives a question, “There were some present at that very time who told him about the Galileans whose blood Pilate had mingled with their sacrifices.” These were most likely (based on context and Jesus’ answer) trying to justify themselves.

His response is the one that we do well to remember, “Do you think that these were worse sinners than all others, because they suffered in this way?” What a great question! If we are going to point out that suffering happens because someone “deserved” punishment from God, then we are saying, at that very moment, that they were on the top of God’s judgment “to-do list.” No one else, at that moment, was more deserving of God’s judgment. What an insightful way to respond to anyone who tries to declare God’s judgment in a particular situation.

To be clear, Jesus is not denying here that God does send temporal punishments. What he is challenging is that any of them can know the mind of God. Jesus is asking a rhetorical question and shows that by driving home his point there in verse 3, “No, I tell you; but unless you repent, you will all likewise perish.” I don’t believe that Jesus is saying to them that unless they repent they will end up having their blood mingled with their sacrifices; rather, he is saying that the end for all who do not repent is judgment, final death.

Just in case they didn’t get it, Jesus goes on to give a second example. His words in verses 1–3 exclude the ability to declare judgment based on the evil actions of individuals … but what about accidents? I mean, there is a long history of people believing in God repaying evil people for certain things through incidents that appear to us as accidents.

This is what Job’s story is about. Or, think about the opening verses of John 9. Jesus saw a man who was blind from birth and his disciples ask him, almost nonchalantly, “Rabbi, who sinned, this man or his parents, that he was born blind?” We can say that it is almost a natural response to look at an effect and try to deduce a cause from that … to see something go wrong and ask “why did it go wrong?”

Jesus asks them, “Do you think that they were worse offenders than all the others who lived in Jerusalem?” Jesus again is confronting their understanding of whether or not you can attach particular meaning to a particular event without divine knowledge. His answer, once more, is an emphatic “no.” We are unable to know the mind of God and the hearts of man.

We cannot make those judgments, and so what tragedies become for us is a constant reminder of the judgment that is to come. It doesn’t mean that we don’t work to lessen tragedies as though we want to have as many examples of the coming judgment as we possibly can. For when tragedies are avoided they are a reminder to us of the grace of God.

These disasters are not an opportunity to try to highlight the sins of others. They are, first, a chance to show the love of God in Christ to others as we offer food, clothing, water and shelter to those who are in need. They are, second, a reminder that judgment is coming. There will be a day when creation is undone completely, when Christ returns and judges and makes all things new. Until that day we do well to remember that we are the church and we have the words of life for a broken and hurting world.