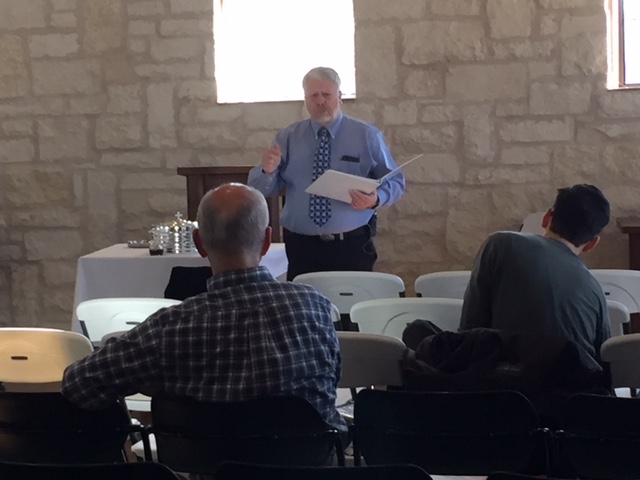 Making the Most of Membership Classes

If you were to peek into any of the OPC’s mission works on a given Sunday morning, the chances are high that you would find a membership class taking place. This is the case for several reasons, but two of the biggest are fresh desire and zeal. OPC mission works, also commonly known as church plants, are often the result of fresh desire for a Reformed church in an area without one. United with this desire is an evangelistic zeal to reach the lost in the surrounding community, and as a result the inflow of visitors and new members can be continuous.

At one OPC mission work, South Austin Presbyterian Church in Austin, Texas, they’ve fine-tuned their membership process and have even developed a special curriculum which they regularly use and share with other churches. I spoke on the phone with John Terpstra, an elder at SAPC to learn more about what they’ve been doing there.

But first, a little background information. SAPC began as a Bible study in Elder Terpstra’s home in 2008. At that time, the group was made up of OPC members from Providence Presbyterian Church (Pflugerville), folks from Baptist churches, some from Arminian backgrounds, a Lutheran, and others. They began by working through the Westminster Confession of Faith, followed by the Book of Deuteronomy, the Gospel of Mark, and then the Heidelberg Catechism. Six years into their Bible study, in July of 2014, the group called Jim Cassidy as planting pastor, and they particularized in February 2015.

Over the years, Elder Terpstra has been privileged to conduct many membership classes. He states that at SAPC it is their objective to prepare those coming into the OPC to 1) make a credible profession of faith, 2) affirm the five membership questions in the Book of Church Order [57-5] and 3) become familiar with the OPC, its character and its history. As part of their membership class they also seek to teach people the benefit of living together in the church with vibrant fellowship and hospitability, encouraging and building each other up. “We are learning humility and the importance of the active participation of God’s people in all aspects of the work of the local church,” says Terpstra.

When discussing his role in leading these classes, Elder Terpstra kept coming back to the fact that it was both his privilege and his duty. He says, “The work of shepherding Christ’s flock belongs properly to the elders.” And as was mentioned earlier, the elders at SAPC have taken their duties to the next level by developing a special membership curriculum. This 55-page document entitled, “Essentials of the Christian Faith: Covenant Doctrine and Life”, serves as a resource and training material for candidates wishing to make a public profession of faith. Its goals are two-fold: “to show how the Reformed confessions understand Christ and His work from the Scriptures, and to instill in the student a love for Reformed doctrine and practice.” This curriculum is utilized at every membership class at SAPC and it is regularly updated online. It can be viewed on the opcsouthwest.org website: https://opcsouthwest.org/church-officers-area/resources/

The Session of South Austin Presbyterian Church has been privileged to see the growth of God’s people in grace and in nurture. At particularization they had 1 ruling elder, 16 OPC members, and several PCA transferees. Today they have 43 communicant members, two ruling elders and two deacons. “We have been blessed beyond measure,” Terpstra states. Please continue to pray for the growth of this mission work, and ask the Lord to give the elders wisdom leading the congregation in passion and zeal for Christ’s Kingdom.