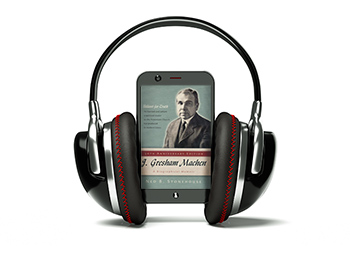 Beyond any reasonable doubt, the most important human being in the founding of the Orthodox Presbyterian Church was Dr. J. Gresham Machen. Dr. Machen led the fight against modernism in the Presbyterian Church USA. For his valiant efforts at maintaining the peace, purity and unity of his denomination, he was disciplined and defrocked, without even being allowed to defend himself.

Among Dr. Machen’s close friends and allies in that struggle was Ned B. Stonehouse. Stonehouse had been Machen's student at Princeton, and became Machen’s colleague in New Testament at Westminster Theological Seminary.

When Dr. Machen died unexpectedly on January 1, 1937, the newly formed Orthodox Presbyterian Church was shaken to its core. Writing in the Presbyterian Guardian, Stonehouse expressed the feelings of that time as follows:

The fact remains that to us he was a dearly beloved Christian brother whose life touched ours for good at a thousand points. Indeed, he was far more than a brother to many of us. He was a father in Israel, and we have become orphans. The cry of our grieving hearts in these days has been: “Our father, our father, the chariot of Israel and the horsemen thereof!” But God who was so gracious to him has not forsaken us.

Seventeen years later, in 1954, Stonehouse published a carefully researched work entitled J. Gresham Machen: A Biographical Memoir. This book, first published by Eerdmans, was well received and became very popular. In 2004, the Committee for the Historian of the Orthodox Presbyterian Church published the Fiftieth Anniversary Edition of this important and edifying biography.

The Committee is pleased to announce an audiobook presentation of J. Gresham Machen A Biographical Memoir. The audiobook is now available on Amazon.com and at Audible.com. It is also available free of charge on SermonAudio.com. The hardcover edition is available through our bookstore at opc.org, as well as an e-book version. A short video is also available about this audiobook.