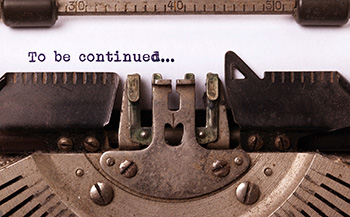 Dear Fathers and Brothers of the OPC,

In response to the COVID-19 pandemic which has compelled various civil magistrates to issue travel and meeting-size restrictions for the safety of citizens; and in response to the closing of the campus of Eastern University through the end of June 2020 which necessitated a change of venue for the next General Assembly of the OPC; and in consultation with the general secretaries of the three program committees of the OPC, representatives of other standing committees, the former stated clerk, and the president of the Trustees; and in response to the unanimous recommendation of the Committee on General Assembly Arrangements, the acting moderator of the General Assembly, Rev. John Van Meerbeke, per FG XVIII, 2, together with the concurrence of the stated clerk, Rev. Hank L. Belfield, has determined that the convening of the 87th General Assembly of the Orthodox Presbyterian Church will be postponed until the summer of 2021.

As recommended by the Committee on General Assembly Arrangements, the new place, date, and time for the 87th General Assembly of the OPC will be the campus of Trinity Christian College in Palos Heights, IL, beginning with a worship service at 7 PM on Wednesday, June 2, 2021, and concluding no later than noon on Tuesday, June 8, 2021.

In light of this postponement, the following shall be observed until the convening of the 87th General Assembly:

Respectfully submitted on behalf of the moderator,