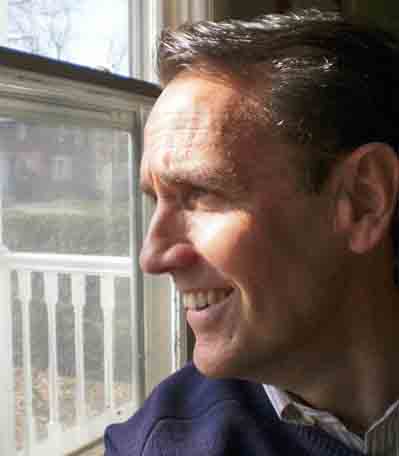 If the old adage has it that you should not judge a book by its cover, that raises a question about evaluating a book by its table of contents.  J. Gresham Machen’s Christianity and Liberalism has gone through many editions since its original 1923 publication, and with those versions have come many different covers. But the significance of the book’s contents has remained fixed. For historians and conservative Protestants both—not audiences that often agree—Christianity and Liberalism is, in the words of Yale University historian Sydney Ahlstrom, “the chief theological ornament of American fundamentalism.” Some Presbyterians may balk at putting Machen in the fundamentalist camp, since he preferred to call himself a Calvinist. But on the grounds that fundamentalism was mainly an expression of opposition to theological liberalism (or modernism), Machen well qualifies as a fundamentalist. After all, his book walked through the basic dogmas of Christian teaching—God, man, Christ, Scripture, salvation—and showed that liberal preachers and theologians had departed from historic understandings of the Christian religion.

What interpreters often miss is the book’s last chapter, which is on the church. Ecclesiology is of course one of the topics of dogmatics. It is also the fourth article of the Nicene Creed: “we believe in one holy catholic and apostolic church.” It was natural, then, for Machen to complete his table of contents by devoting a section of the book to the church.

The Church as a Voluntary Society

Students of ecclesiology may be disappointed by Machen’s treatment of the church since he avoids technical discussions of Christ as head of the church, the nature of ecclesiastical authority, the unity of the church, or the offices in the church (for starters). Machen does not even spend much time in the sometimes extensive Presbyterian debates about the relative powers of general assembly in relation to presbyteries, though he was clear during the period after the book was published that general assembly’s powers, for instance, to declare necessary and essential articles, were likely not as great as some conservatives imagined. (Machen here followed the American Presbyterian pattern of reserving the rights of ordination to presbyteries.) The son and brother of prominent Baltimore attorneys, Machen knew his way around constitutions and at various points in the Presbyterian controversy had no trouble raising issues of church law and constitutional procedure (or asking for help when needed). What Machen spends the most time on in the last chapter of Christianity and Liberalism, however, is the church as a voluntary society as opposed to the involuntary associations that govern the state and citizenship. No one, he argued, is forced to become an officer in the Presbyterian Church USA. Elders and pastors become officers voluntarily. As such, they know full well what they are doing—or should—when they take ordination vows to subscribe to the Westminster Confession of Faith and Catechisms. That constitutional point about the place of the confession in the church’s constitution, subscription to it, and the rigors of ordination were at the heart of Machen’s discussion of the church. If liberal Protestants could not affirm the confession and catechisms, then they did not need to remain in the PCUSA.

The Church as a Refuge from Strife

Still, Machen, known for his doctrinal convictions, did not limit his chapter on the church to subscription or the value of creeds. In several ways, he offered a much grander vision of the church than adherence to orthodoxy. What binds a church like the PCUSA (or any Presbyterian communion) is not merely a shared confession of faith but also the fellowship embodied in corporate worship. After he made recommendations about what conservatives could do in the conflict with liberalism—officers using their authority, examining pastoral candidates, and better educating of the laity—he offered encouragement to those overwhelmed by the enormity of the battle. That comfort came from the church and her worship:

There must be somewhere groups of redeemed men and women who can gather together humbly in the name of Christ, to give thanks to Him for His unspeakable gift and to worship the Father through Him. Such groups alone can satisfy the needs of the soul. At the present time, there is one longing of the human heart which is often forgotten—it is the deep, pathetic longing of the Christian for fellowship with his brethren. (Christianity and Liberalism [1923], 179)

Machen observed that finding such congregations was increasingly difficult. Too often, he confessed, he went to church to seek “refreshment for the soul,” and only heard about “the turmoil of the world” (180). “The preacher comes forward, not out of a secret place of meditation and power, not with the authority of God’s Word permeating his message, not with human wisdom pushed far into the background by the glory of the Cross,” Machen lamented, “but with human opinions about the social problems of the hour or easy solutions of the vast problem of sin” (180). Then, in the final paragraph of Christianity and Liberalism, he wondered whether Christians could find refuge from strife and assistance in preparation for the “battle of life.”  His answer was to look to the church in worship. If such a place of comfort and aid existed, “then that is the house of God and that the gate of heaven.”

Machen’s conclusion echoed the very confession of faith he defended elsewhere in the book. Chapter 26, “Of the Communion of the Saints,” expresses the idea of fellowship that informed Machen’s desire for true worship. “Saints by profession are bound to maintain an holy fellowship and communion in the worship of God, and in performing such other spiritual services as tend to their mutual edification” (WCF 26.2). The idea of the church as the house of God also echoed chapter twenty-five, which describes the visible church as “the kingdom of the Lord Jesus Christ, the house and family of God, out of which there is no ordinary possibility of salvation” (25.2). Machen’s understanding of the church was as much mystical as it was doctrinal.

This high view of the church, as a body of believers, united in fellowship to Christ, with a shared understanding of Scripture and its doctrines about God, Christ, and salvation, was a major motivation for Machen’s ministry over the last two decades of his life. If he seemed to be tired by the conflict in 1923 when he wrote Christianity and Liberalism, imagine his energy reserves after the major battles at the General Assemblies of 1924, 1925, and 1926, the controversy at Princeton Seminary between 1927 and 1929, founding a new institution to train pastors, and then the foreign missions controversy that ran from 1932 until the eve of his death in 1937. Throughout these skirmishes, Machen continued to contend for a church and its ministry with the primary purpose of offering respite to weary souls. In 1931, in his commencement address to the graduating class at Westminster Theological Seminary, Machen said this:

Remember this, at least—the things in which the world is now interested are the things that are seen; but the things that are seen are temporal, and the things that are not seen are eternal. You, as ministers of Christ, are called to deal with the unseen things. You are stewards of the mysteries of God. You alone can lead men, by the proclamation of God’s word, … can give what the world with all its boasting and pride can never give—the infinite sweetness of the communion of the redeemed soul with the living God. (“Consolations in the Midst of Battle,” J. Gresham Machen: Selected Shorter Writings, 205)

Behind Machen’s battle against liberalism, something greater was at stake than doctrinal truth. It was theology in service of salvation. It was doctrine for the sake of a worshiping body of believers. It was teaching for the sake of enduring the world, the flesh, and the devil until Christians experienced full communion with their Lord and Savior. Though doctrine was bound up with Machen’s view of the church—he contended for a confessing church—the church as a body of believers communing with Christ in Word and sacrament was likely his ultimate motivation for battling theological liberalism.