Resting and Worshiping in the OPC

Self-Care in the Ministry

Self-Care in the Ministry: An Address to the Church Planter Training Conference 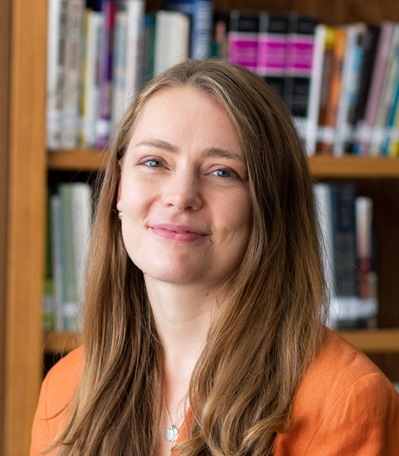 When Sara Drew worshiped at an Orthodox Presbyterian church for the first time, she found a congregation lifting one voice like she had never heard before: “[There were] rich, beautiful, theological hymns that told of God’s deeds, rejoiced in his goodness, and provoked us to holier living—and people sang it like they believed it.”

That morning in 2016 at Faith OPC in Grand Forks, North Dakota, with husband Chris and their three children, was not Sara’s first time experiencing a Presbyterian service. She had been a churchgoer since a child, her parents modeling faithful attendance at a PCUSA in Luverne, Minnesota, and encouraging her involvement in Christian education, youth events, and mission trips “very regularly.” After college, Sara entered seminary and eventually became ordained as a PCUSA minister—not just attending, but leading, church services.

Her first time at Faith OPC, however, the worship “was all new to me,” she reflected.

Chris and Sara Drew, for their part, were something new for Faith OPC. A mission work that had recently entered the denomination from the PCA, Faith OPC was looking for an organizing pastor. When they received a phone call about a candidate named Chris Drew whose previous call had been in the PCUSA—and whose wife was also ordained! —they were bemused, to say the least.

What they soon discovered was that the Drews’ profound interest in Reformed worship had been a long time coming.

Submission to the Word

As that churchgoing child, Sara explained, she had been confident of her own righteousness: “I grew up thinking that I was pretty much better than everyone else, and more pious than everyone else, because I went to church, and they didn’t.” The Word of God didn’t seem to have anything to say to her. “I had no notion that God’s commands were for me. No, I thought I was doing quite well on my own.”

In college, she took a class with a born-again Charismatic professor who, along with the students in the class, were different: they believed—and acted—like God was real. “And they read the Bible on days other than Sundays,” she said. It was in a chapel service led by that professor, Sara says, that “God came and met me and made me know that he is God, and I am not. He took the blinders off.”

Pursuing what she believed was a call to preach, Sara met Chris at Austin Presbyterian Theological Seminary, a seminary of the PCUSA. Some aspects of the denominational teaching there reflected assumptions that Sara and Chris had simply never questioned, like women’s ordination. Other aspects were a surprise and troubled them. After they married and graduated seminary, they began to interview for pastoral positions. One early interview shocked Chris. “The first question [I was asked] was whether I believed in the virgin birth of Jesus Christ,” he explained. “I was like, What an odd question! Don’t all pastoral candidates believe in the virgin birth?” Unfortunately, the answer to that question in the PCUSA is no, they don’t.

In time, Chris accepted a call, and the Drews moved to Jackson, Minnesota. Sara, who was pursuing ordination, frequently spent Sundays filling local pulpits. But she began to question this role first for practical reasons, when she was six months pregnant with their first child. “Do I really want to be busy every Sunday morning teaching other people about God while someone who is not this child’s mother or father babysits him?” she remembered. Questioning the theology behind her decision came next as, around the same time, she began to interact with John Piper’s teaching on men and women in the church. “It was the first time that I had heard that God had designed specific and special roles, unique roles, for men and for women. And that they applied to me.”

She started asking around to others in the presbytery and the PCUSA about women’s ordination. “Those in the church who were really trying to be faithful to what the Word of God says had to do some verbal gymnastics” to justify it, she remembered.

It was not an easy time. Shortly before her ordination service, she read about Korah’s rebellion. “I had an immediate crisis of conscience when I realized how seriously God took their power grab.” On the other hand, “all our family and friends were PCUSA.” Their roots ran deep.

As Sara began to sit under Chris’s preaching more regularly, two sentiments became uppermost: sorrow over all the Sundays she had missed his preaching, and sadness that she was missing out on being a member of the local church, rather than of the presbytery. Finally, one last thing, besides Chris’s growing convictions, caused her to consider leaving the PCUSA— “the ever-growing presence of God’s Word in my life, and its authority over me.”

For Chris, the decisive issue became the denomination’s redefinition of marriage. When an overture on that issue was passed by the assembly and came to the presbyteries—without even modifying the secondary standards to bring them into alignment—Chris knew his time there was coming to an end. “It was one of the few times I debated anything in the presbytery,” Chris said. “I opened up my Bible and started reading from it.” The response was cold.

After resigning from his call, the priority for him became finding a Reformed church where his family could worship.

Chris Drew is now church planter of Faith OPC, a work that is supported in prayer by the denomination’s Committee on Home Missions and Church Extension. When the Drews came to Faith OPC, they were primarily seeking a church with biblical, Reformed worship. “The fact that I happen to be the pastor is, on the one hand, almost gravy,” he said.

“I stand in amazement that God would be gracious enough to bring us into the OPC. When I consider my own life, and how little I deserve anything, the precious gift of having a solid community to be in worship with on Sunday is huge,” he reflected.

Sara agrees. “People take notes on the sermon and talk about it. There’s an earnest desire for growth in faith, openness, and honesty. There’s a real sense of complete dependence on God, and faith-filled trust in him, to sustain the life of the congregation.”

The culture of giving in the church and the denomination has also not escaped Chris’s notice. The PCUSA, although hemorrhaging members, thanks to endowments still has vast resources. In fact, Chris pointed out, when a local congregation is no longer viable, the denomination often collects funds on its closure through sale of the building and the reversion of the church’s assets. In contrast, “[The OPC] asks a lot of our people, and our people give. They give cheerfully. It’s actually very gratifying to see that.”

Of all the things that the PCUSA does with their resources, Chris said, the one thing that it doesn’t do is faithfully preach the gospel. That gospel preaching has become everything to the Drews.

“The Lord’s Day has just become the focus of our family. All of the energies and rhythm are pointing toward Sunday and toward worship, and I love it,” concluded Sara.

“I have become more and more caught up in the wonder of the Lord’s Day generally; all that is foreshadowed and promised by this wonderful gift that the Lord has given to us to worship him, to fellowship with one another, and to rest,” Chris said.

Self-Care in the Ministry

Self-Care in the Ministry: An Address to the Church Planter Training Conference