The Fallout from Forgetting Forgiveness 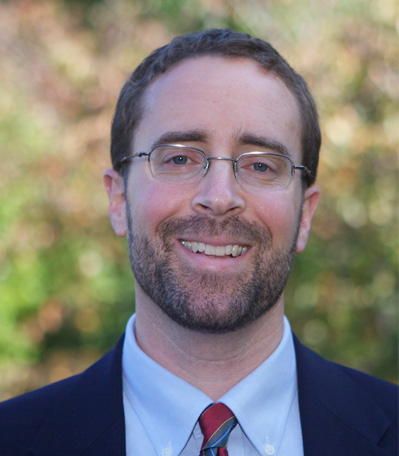 “For want of a nail, a shoe was lost; for want of a shoe, a horse was lost …” Most of us have never shoed horses, but we understand this proverb. Neglected details can turn out to be important, especially in making repairs. We protect things we value by making strong repairs.

Forgiveness is repair. It means choosing to salvage a relationship rather than writing it off. God himself specializes in relational restoration. After Satan vandalized creation by turning mankind against the Creator, God set about to restore us. He pardons our sin through Christ and gathers us into his family. He will finish his renewal on the day he unites everything in heaven and on earth under Christ (Eph. 1:10).

We should see ourselves as repairmen under God. Jesus apprentices us in forgiveness when he calls us to pardon our debtors. We find it challenging, though, to let go of offenses. As Herman Bavinck observed, “People who know themselves … also know how terribly difficult true and complete forgiveness is, and how it can only be granted after a serious struggle with oneself” (Dogmatics, vol. 4, 180).

This article explores dynamics of forgiveness in ordinary cases of Christians at odds. It does not address the nuances of recovery from traumatic harm.

We live in a day when cultural discord and anxiety have increased the level of disharmony in the church. Such times call for special intentionality in forgiveness. Our friendships are worth protecting. The church is worth preserving. This is why we repair.

We find the template for forgiveness in the work of Christ. Scripture says we should forgive each other as God in Christ forgives us (Eph. 5:32; Col. 3:13). We cannot imitate Jesus in granting absolute forgiveness; only he can satisfy God’s justice and fully discharge our debt. But we do follow him in analogous forgiveness at the level of attitude, by being tenderhearted toward our fellow sinners. It is like children sharing Easter candy, an activity sponsored by the real income of their parents. Christians similarly share grace with each other because Jesus has fully funded our forgiveness with God.

Christ’s example therefore teaches us not to delight in strict penalties nor to nurse grudges until others suffer for what they have done. An attitude of “grace for me, law for you” angers Christ, as he teaches in the parable of the unforgiving servant (Matt. 18:23–35). Even when, in an administrative role, we must deliver negative consequences, we should exclude any personal vengeance. We have been forgiven much.

To spur our forgiveness, Jesus lays down a rule that we must forgive those who request it. “If your brother sins, rebuke him, and if he repents, forgive him” (Luke 17:3). We must release the debts of others upon their credible repentance, following the pattern of Christ.

But does God require us to extend our hand if the one who has wronged us does not? Some wrongdoers never admit fault and others offer threadbare apologies no one could take seriously. Christ nevertheless teaches that those who have suffered a wrong should cultivate a spirit of forgiveness. Jesus said, “Whenever you stand praying, forgive, if you have anything against anyone, so that your Father also who is in heaven may forgive you your trespasses” (Mark 11:25). Jesus calls us to relinquish bitterness, period. It’s not contingent on any apology. Such inner forgiveness points to a humble spirit, which is consistent with the repentance by which we ask and receive our Father’s pardon. Letting go of bitterness therefore keeps our relationship to God healthy.

Inner forgiveness also shields an offended person from the further harm of a grudge. A person who harbors angry thoughts will often proceed to poisonous words and destructive actions, followed by eventual regret. It is a trap. While hurt people should be truthful about what happened to them, they should also seek a heart attitude that wants the offender to repent and be restored. Moving past bitterness represents spiritual health for the victim at least, even if the offender persists in sin.

While inner repair is crucial, whenever possible we want to move a damaged relationship toward outward repair in which pardon is asked for and received. This process, however, often contains pitfalls. If we ignore them, we risk a flimsy repair. With good reason, Scripture tells us to involve wise counselors who can guide people at odds toward restoration (Matt. 18:16; Gal. 6:1).

Efforts at reconciliation sometimes founder on distrust. Those in conflict may be quick to suspect the other side of operating in bad faith; grievances may be seen as vindictive or apologies as insincere. Ordinarily, distrust should not become the basis of further accusation; trust must be earned, not demanded. It is better to slow down and explore trust issues, excavating previous hurts in the relationship if needed.

On the other hand, sometimes people actually do operate in bad faith. For instance, an offender may offer a bland apology such as, “I’m sorry for what I said,” to get an issue off the table, preventing it from being explored and connected with other patterns of behavior. When it becomes obvious that someone is using the rules of forgiveness as techniques in a relational boxing match, this should be called out.

Lack of full honesty can also hamper progress toward forgiveness. Sometimes offended people cannot find the courage to admit what most upset them. It may also happen that an offending party, seeking to extend an olive branch, may admit fault beyond what he or she thinks is truly fair. Such partial honesty can cause resentment to lodge in the heart. It is like patching a bridge using rotten planks. A wise onlooker can ask questions aimed at teasing out the full truth and putting a more robust repair in place.

Paradoxically, insisting on full agreement can also be a pitfall. While full agreement does enable a better repair, many times people at odds will continue to differ over the facts and their interpretation. We may have to live with partial agreement (barring cases involving abuse, crime, or false teaching, in which tolerating ambiguity leads to further harm). Generally, partial repair beats no repair. Being a stickler for complete agreement pushes the other person into a corner.

The Moment of Forgiveness

The crucial moment of reconciliation comes when forgiveness is requested and granted. During this exchange, the parties should use whatever trust and mutual understanding they have gained to maximize the relational repair.

The person offering an apology needs to put as much on the table as possible. The offended person may have lost something of his or her well-being, assets, rights, reputation, or peace of mind through what the offender did. A full-orbed contrition seeks to offer something meaningful in return for whatever has been lost. After all, godly grief produces “earnestness” (2 Cor. 7:11). True repentance brings forth fruit of good works (Luke 3:9–14). It desires to make restitution for harm, as Zacchaeus did (Luke 19:8). Like the prodigal son, the truly repentant offender does not expect automatic restoration to former privileges (Luke 15:21).

The language of the apology should avoid hedging, like “I’m sorry if I offended you,” or making excuses, such as “I didn’t mean to come across that way.” It should also move beyond what is vague and safe, such as “I’m sorry I spoke carelessly.” It is much better to say, “Please forgive me for the harm I caused,” coupled with any honest addition that strengthens the apology, such as “I don’t blame you for being upset”; “I don’t deserve your forgiveness, but I am asking for it”; “I will cover your losses”; or, in the case of public offense, “I will apologize publicly.” Each of these statements strengthens the expression of earnestness and makes the request for forgiveness more compelling.

The person receiving the apology should accept as much as possible within the bounds of integrity. To say “I forgive you” is a good start. To match the other person’s statements increases the chances of substantial repair: “Jesus has forgiven me so much, and I gladly forgive you”; “I value our friendship, and I want to put it back on track.”

After the formal apology, both parties should signal by their actions that they want to move forward with their relationship. Intentionally engaging in conversation or extending invitations to events and activities will help the mending to continue.

We engage in this effort because we do not follow the devil in his relational vandalism but Jesus in his relational repair. As forgiveness proceeds, the work of the church moves forward unhindered. When the Corinthian church faced a situation in which people needed to reconcile, Paul encouraged forgiveness on all sides “so that we would not be outwitted by Satan; for we are not ignorant of his designs” (2 Cor. 2:11). Forgiveness makes the bottom fall out of Satan’s plans. A church without bitterness is a strong church, “eager to maintain the unity of the Spirit in the bond of peace” (Eph. 4:3).

Make relational repairs like you mean for them to hold. Put in some extra nails. As we commit to forgiveness, we have the honor of putting the graciousness of Jesus Christ on display.

The author is pastor of Grace Presbyterian in Vienna, Virginia. New Horizons, May 2022.

The Fallout from Forgetting Forgiveness