The Christian and Leisure 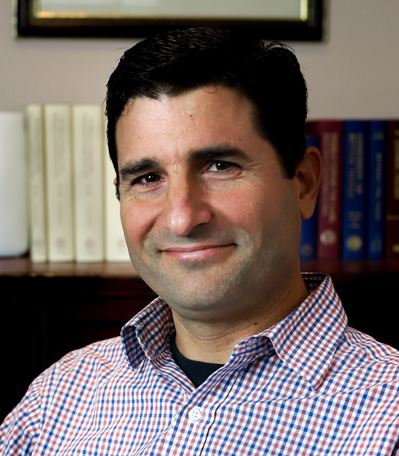 [Editor’s note: On May 10–18, David Nakhla, OPC Disaster Response Coordinator, and Rich Bout, URCNA Missions Coordinator, traveled to Eastern Europe to gain firsthand knowledge on how to help Reformed churches in Ukraine and refugees from Ukraine. This is Mr. Nakhla’s report for New Horizons.]

Five countries (Hungary, Poland, Lithuania, Italy, and Slovakia) visited in nine days working with ten organizations—Rich Bout and I certainly had a whirlwind trip to Eastern Europe seeking to minister to those suffering during this time of war in Ukraine. Our purpose for the trip was to identify and join with ongoing relief ministries of like-minded Christians in order to consider—both prayerfully and knowledgeably—how to utilize the Ukraine Crisis Fund. But what a blessing the trip was also as we were continually made aware of the people of Ukraine’s thankfulness for the love, prayers, and support of Christians from afar.

In Krakow, Poland, we met with several members of the Mission to the World team sent out by the Presbyterian Church in America. These team members had been displaced by the war, having served in church-planting in L’viv, Ukraine, alongside OPC missionaries Heero and Anya Hacquebord. At the outset of the war, many of the missionary families left their homes in L’viv and were now living two hundred miles west, in Krakow.

In Lithuania, we met two sisters who, with their children, escaped Ukraine and now live under the roof of saints in the Lithuanian Reformed Church in Kaunas, Lithuania. The older of the sisters escaped from Mariupol. She and her two boys had remained in their besieged city until late March when supplies were running low and the dangers of the encroaching Russian army were increasing. Having run out of water to drink, they resorted to boiling dirty snow over an open fire on the sidewalk, risking injury or even death from incoming missiles made all the more dangerous by the absence of warning sirens. To leave Mariupol, they spent days patching up their ruined car. They were forced to make the difficult and potentially life-and-death decision to drive east toward the Russian front with the hopes that they might be granted passage into Russia. At the border, Russian soldiers permitted them to pass only after removing their clothing to inspect for any sign of being part of the Ukrainian resistance. Once in Russia, they were able to drive south to neighboring Georgia and board a flight to the Baltics, where they now reside under the loving care of the church. They are thankful for God’s sovereign care of them, but they will carry the scars of the traumatic experience for a lifetime.

In Hungary, we visited a hotel building designated to house Ukrainian refugees. We witnessed young Ukrainian mothers huddled with their young children. Their husbands and fathers have been forced to remain in Ukraine to fight for their country. The women and children are left vulnerable to exploitation.

Some have opted to venture further into Europe and beyond in search of a permanent settlement outside of Ukraine. In Rome, we met with two URCNA missionaries, Mike Brown and Andrea Ferrari, church-planters in Milan and Perugia respectively. Mike shared the story of the refugee family his church in Milan received from Kharkiv, members of the Evangelical Presbyterian Church of Ukraine (EPCU). This family drove more than 1,600 miles, with all that they could bring packed into the car, kids sitting on laps and suffering carsickness. They didn’t purchase any food along the way for fear that they might not have enough money for fuel.

The Response of the Church

The indigenous church in each of these countries has organized various efforts to carry out an effective ministry of mercy to those suffering—even when they don’t share the same language, culture, or history. They are the body of Christ serving as Christ’s hands and feet to demonstrate compassion toward the stranger and the oppressed. The Reformed Presbyterian Church of Central and Eastern Europe (RPCCEE), a small denomination of sixteen or so churches in the Great Hungarian Basin (Hungary, northern Romania, and a small section of western Ukraine) raised tens of thousands of dollars “out of their poverty” (2 Cor. 8:2). They opened wide their church doors to welcome in refugees, housing as many as twenty-five at one time. (The flow of refugees in that region has now subsided, but the care of refugees there continues.) The Lithuanian Reformed Church generously made room in their building for housing and feeding refugees. The Evangelical Presbyterian Church in Krakow, Poland, has been nearly displaced by the influx of the MTW team members and the hordes of refugees flowing into Krakow, yet it has embraced this as its privilege to suffer for the sake of Christ. This congregation ambitiously desires to host an all-summer VBS for Ukrainian children to alleviate boredom when online school studies come to an end. These are faithful, willing sacrifices for small, young churches to undertake.

What became clear to us is that the volume of funds collected by various organizations has far exceeded the current ability of most organizations to use the funds. Giving toward the refugee crisis in Ukraine has been tremendous, to say the least; and the OPC Ukraine Crisis Fund is no exception. Never in its history has OPC Disaster Response had such an amazingly generous answer to a call, with more than $600,000 received in under three months. The work on the ground in this region, while fast, furious, and diligent, has not been able to keep up. This requires patience in the use of funds given. Not all the funds are required today. The needs are great and will be responded to over time. All look forward to the day when the death and destruction abates and lives and homes can be rebuilt, which will require substantial energy and resources.

Tremendous concern continues to exist for those remaining in Ukraine, particularly Eastern Ukraine. The dangers and risks to those left behind, many of them elderly and infirm, are immense—energy shortages, a lack of food, water, and medicine. In addition, churches and pastors in Ukraine are facing the challenges involved in ministering to a flock that has vanished. The RPCCEE had three congregations in western Ukraine. Most of the congregants have fled over the border into Hungary. Should the churches consolidate, what would that look like, and when should a decision be made? These are heavy questions and great opportunities for prayer.

We are thankful to report a few developing short-term missions opportunities: the MTW team welcomes drivers (who can drive a stick-shift) to come for a week or more to drive vans of supplies from Krakow to L’viv, and the EPCP pastor in Krakow has invited groups of five to six people to come this summer to assist in running a series of weeklong VBS programs for Ukrainian youth there.

There is also a developing MTW initiative, “Crates for Ukraine,” which is an opportunity for churches in North America to gather specific, needed medical and health supplies into crates to be flown to Krakow, and from there to be transported deep into Ukraine.

Please know that those on the ground in and near Ukraine rely on the prayers lifted daily on their behalf. Please don’t stop praying, and don’t forget Ukraine.

The Christian and Leisure