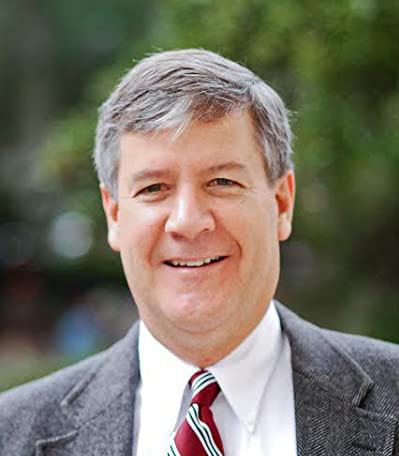 If we are honest, most of us would have to admit that the public prayers of our church are often endured rather than enjoyed. The various prayers we hear week by week can be the low points in our public services. Whereas sermons are well-ordered, well-expressed, and delivered with urgency, the prayers are often the opposite: disordered, poorly phrased, carelessly arranged, trite, predictable, and surprisingly limited in range, neglecting whole categories of concern. The sermon may be compelling; the prayers are not. The sermon may be fervent; the prayers are in monotone and tedious. Public prayer today is in a sorry condition.

What can be done? Let me offer several suggestions that may help us first to think correctly about public prayer and then to start delivering those prayers in a way that will edify the congregation.

Public prayer needs to be understood by the minister of the church as a form of public speech. Like the sermon, it is meant to edify the congregation. A well-intended but false piety will limit the audience of one’s prayers to God alone. This begs to be corrected. Like private prayer, public prayer is addressed to God. Unlike private prayer, it is delivered in the hearing of the congregation. Consequently, public prayer should be calculated to bless and establish the congregation. Whatever else 1 Corinthians 14 teaches, the Apostle Paul insists that songs and prayers in public worship must edify the church (1 Cor. 14:13–19). The older pastoral theologies (ones authored by, for example, Fairburn, Murphy, Porter, Shedd, and Spurgeon) and preaching manuals (ones authored by, for example, Doddridge, Dabney, Dale, Beecher, and Broadus) include public prayer in their treatment of preaching. Ministers should be as careful to edify their listeners in their public prayer as in their public preaching.

Much public prayer seems to be delivered spontaneously, meaning haphazardly, without forethought or order; one sentence seems to follow another randomly, without logic or meaningful connection. Disorder, however, is no more effective in praying than in preaching. Listeners shouldn’t be wondering, “Where is he going?” If the congregation is to “hang” with the preacher, if it is to pray with him and be edified, some thematic order is necessary.

It helps if those who lead in public prayer ask “What kind of prayer is this?” Is it a prayer of praise? Then stick to praise, developing it thematically from the attributes and works of God. Is it a prayer of confession? Of thanksgiving? Of intercession? Of illumination? Or is it a benediction? Develop the prayer within the genre, rather than bouncing from one genre to the next so that all the prayers end up sounding alike. If the prayer combines genres, as is the case with the “pastoral prayer,” then progress systematically from confession of sin to the five-fold intercessions for: the sanctification of the saints; the church and its ministry; the sick; the civil authorities; and Christian mission around the world. Order in public prayer will help the congregation to follow along, to not be distracted by disorder, and consequently to be edified.

I have written extensively on this subject elsewhere (see Worshipping with Calvin, 108–122; Serving with Calvin, 204–210). It is a shame to hear public prayers utilize common terminology when scriptural language is available. It warms the hearts of listeners when the pastor’s praise echoes the praise of the Bible, when his confession of sin is expressed in divinely revealed penitential language, and when his intercessions are drawn from the promises and commands and ideals of Scripture.

Regularly, the pastor might pray through the Sermon on the Mount, the various New Testament household codes, Proverbs, Psalms, and so on.

“Lord, teach us to pray,” is the need of every generation, fulfilled in ours through the Spirit-illuminated Word of God. What makes more sense than for the pastor to pray publicly for that which God himself requires of his people, for what he commands and commends? What makes less sense than for the divinely revealed ideals, commands, demands, goals, aspirations and promises of Scripture never to supply content for the prayer life of the church? Should the people of God not hear their pastor pleading, “O Lord, we pray that we might be holy as you are holy; that we might abhor what is evil and cling to what is good. Oh, that we might hunger and thirst after righteousness. We pray that we might seek first your kingdom and its righteousness; that we might love our enemies, love our neighbors, and love the brethren”?

Among the many characteristics of the psalms, one of the most prominent is fervor. Whether the theme is praise, confession of sin, pleas for help, laments in distress, or thanksgiving for provision, the prayers of the psalms are full of energy. They are fervent. They are urgent. Is it true that if we ask it shall be given to us, and that if we seek we shall find, and if we knock that it will be opened to us? (Matt. 7:7–8). If so, and if our aspirations are high, our needs great, and our outlook global, how can the note of urgency not be characteristic? At the same time, how inexplicable are the careless, drowsy, or boring prayers of so many public services?

Closely associated with urgency is earnestness in prayer. Several officers in our church have a particular gift of prayer. They show little to no ability to speak publicly or lead in public prayer. Yet, in group prayer meetings, they pray with exceptional power. The key? Earnestness. Their prayers arise from deep within their souls. The sheer authenticity of their prayers makes them utterly compelling for the rest of us.

The older authors understood the importance of urgency and earnestness. Prayer without “agonizing earnestness and vehement desire,” says C. H. Spurgeon, “is utterly ineffective” (Morning and Evening, January 15). Like Daniel, we should “set upon God with a holy violence in prayer,” says William Gurnall (The Christian in Complete Armor, part 2:421). We ought to pray fervently, for “cold prayer is no more prayer than painted fire is fire” (Complete Armor, 2:475).

If our public prayers are lacking, what can we do? The OPC Directory for Worship in 2.B urges “a thorough acquaintance with the holy Scriptures,” indicating the importance of studying the scriptural language of prayer; “the study of the best writings on prayer,” of which Matthew Henry’s A Method for Prayer, Isaac Watt’s A Guide to Prayer, Samuel Miller’s Thoughts on Public Prayer, and Hughes Old’s Leading in Prayer are the classics; and “by meditation, and by a life of communion with God,” meaning the private practice of prayer; one may “acquire both the spirit and the skill of prayer”; indicating that public prayer is both a gift and a skill that can be developed and improved over time.

The Reformed tradition has encouraged neither reading prayers (which typically is no more effective in inspiring a congregation than reading sermons), nor impromptu prayers (that which comes off the top of the head for most of us is “mere froth,” as Spurgeon said). Rather, the Reformed tradition has encouraged “studied” or “conceived” prayer. Prior thought and planning should inform public prayer. The minister may perhaps take an outline with several headings and Scripture texts noted to guide him. Planning will help to ensure that his public prayers balance form and freedom and that they are fresh, well-ordered, comprehensive, scriptural, and expressed with the urgency of which they are due.

Spurgeon was once asked what he would do if forced to give up either the sermon or the pastoral prayer. His answer was the sermon would just have to go. Ministers might keep this priority in mind before they turn over the prayers of the church to others, even ruling elders, who by gifts and calling are not theologically, biblically, or rhetorically equipped for the task. Perhaps only a diminished sense of the value of public prayer led us to imagine they might be otherwise.

The author is a PCA minister, pastor of Independent Presbyterian Church in Savannah, Georgia, and author of several books on worship, including Reformed Worship (2014). New Horizons, June 2021.