Called to Serve: Essays for Elders and Deacons 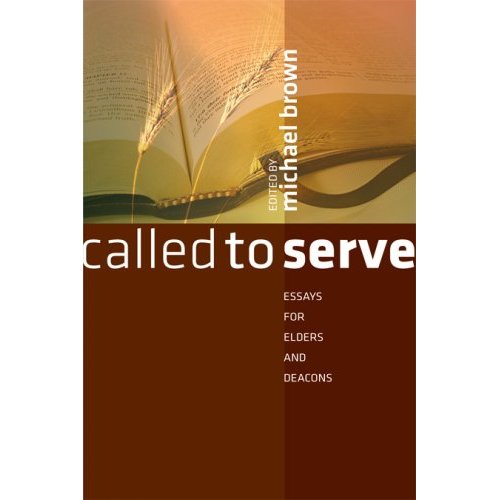 Called to Serve: Essays for Elders and Deacons

The previous OP historian once told me that the OPC was American Presbyterianism with a good shot in the arm of Dutch Calvinism. The Dutch influence is unmistakable, and not just through Van Til and Stonehouse, or through our reading of great theologians like Bavinck. It also comes from our ongoing relationship with our brethren in the United Reformed Churches (URC). Called to Serve is a welcome part of this discussion among brothers seeking the glory of Christ in the church.

This is a collection of essays to help and encourage elders and deacons to "serve Christ and his church" (p. x). All the contributors are ministers in the URC, including W. Robert Godfrey, Michael S. Horton, Nelson Kloosterman, and Cornelis P. Venema. And even though the book focuses on ministry in churches that subscribe to the Three Forms of Unity, it also attempts to be applicable to those who subscribe to the Westminster Confession and Catechisms.

The sixteen chapters cover a wide range of topics. The essays are solidly grounded in Scripture and provide pastoral wisdom. They are generally well written and easy to read. The appendixes include a guide for an officer training course and a list of books for building an elder's library. For those who are looking to develop or revamp an officer training course, this book would be a good resource.

As is not uncommon for books like this, more attention could be given to the office of deacon. The nature of and qualifications for the office of deacon are included in the chapters on elders, but only one chapter focuses more on the work of deacons. Most of the chapters deal almost exclusively with the office and work of the elder. Robert Godfrey's chapter on "Calvin on the Eucharist" is particularly fine, as he strongly advocates Calvin's robust view of the Supper. Showing pastoral wisdom, he encourages unity in the Supper, not letting the issue of frequency be divisive.

The editor, Michael Brown, contributed a more provocative chapter entitled "Should We Allow Baptists to Join a Reformed Church?" He basically argues for confessional membership through the issue of infant baptism. There is much in this chapter we would agree with and appreciate; however, it skirts the deeper issues and is ultimately unpersuasive.

Nevertheless, this is part of the value of discussion between brethren, so that iron will sharpen iron. It makes this book worth purchasing and reading.