Young, Restless, Reformed: A Journalist's Journey with the New Calvinists 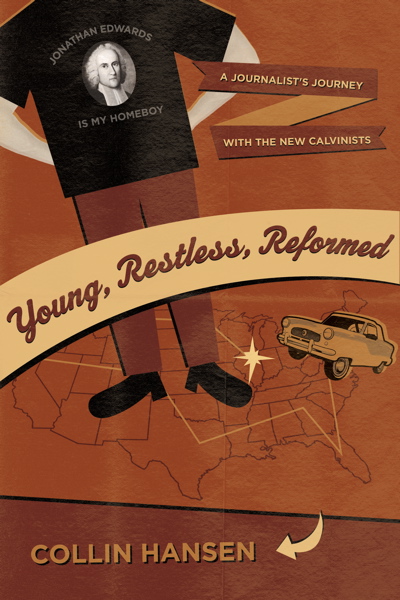 Young, Restless, Reformed: A Journalist's Journey with the New Calvinists

Being fairly young, somewhat restless, and holding staunchly to the Reformed tradition, I was excited to read Collin Hansen's little book Young, Restless, Reformed. Hansen, editor-at-large for Christianity Today, takes us on a journey to visit a number of growing churches and ministries, documenting what he calls a "Reformed resurgence." The result is a very readable account of a growing movement in American evangelicalism that embraces the sovereignty of God in salvation. From the first chapter on, my excitement grew—but so did my frustration. Although well written, engaging, and often very encouraging, Hansen's account has a number of underlying problems.

First, Hansen openly equivocates on the term "Calvinism" or "Reformed theology." Early on, he defines it by TULIP, "the five points of Calvinism." Later, he acknowledges correctly that TULIP is only one part of the Reformed system of theology, but he continues to label ministries that only embrace TULIP as "Calvinists." Unfortunately, this is more than a semantic quibble. It is connected to a much bigger problem. According to Hansen, the future of the Reformed tradition lies in the hands of these "new Calvinists," who are "thriving" precisely because they are willing to take the meat of TULIP and leave the bones of confessional Reformed theology, piety, and practice. We are encouraged to conclude that Sola Tulipa is the future face of Calvinism, and that this is a good thing. In short, the book celebrates the rejection of Reformed doctrine, piety, and practice as much as its advancement.

One example of Hansen's mistaken perspective hits very close to home. In fact, it hits our house. Hansen cites the OPC, characterizing us as contrarians who, in contrast to the young and restless in his survey, seem to have no interest in spreading the gospel. Hansen states that, in contrast to the OPC, "the momentum has shifted to evangelicals who affirm Calvinist soteriology but not necessarily the broader Reformed tradition" (p. 109). The message is clear: we are the Old, Crotchety, Reformed. This characterization is not new, but it is frustrating and heartbreaking in this context because it could discourage many of these young "Calvinists" from exploring the full depth of Reformed theology and how it comes to manifestation in small but faithful Reformed and Presbyterian churches.

Despite these frustrating aspects, this book needs to be read. It challenges us to avoid knowledge without zeal and to continue increasing our efforts to convert and nurture sinners. And although these young and restless types are not embracing the Reformed system as a whole, we should rejoice that they are embracing the robust gospel at the heart of the Reformed system. Let us pray that, by God's grace, understanding of all that the Scriptures teach will continue to spread, and that in years to come we will all embrace together the designation Old, Settled, Reformed. Soli Deo gloria!