Minority Report: Unpopular Thoughts on Everything from Ancient Christianity to Zen-Calvinism 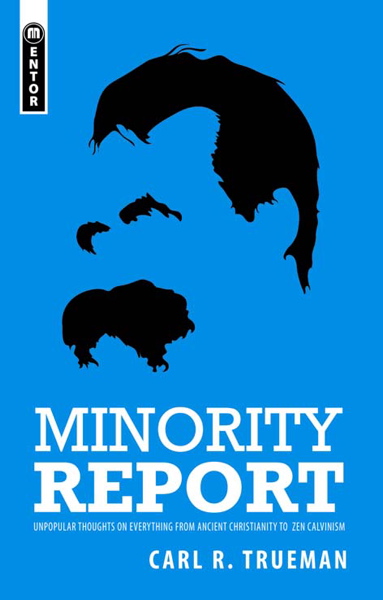 Minority Report: Unpopular Thoughts on Everything from Ancient Christianity to Zen-Calvinism

Picking out what is best about Carl Trueman's Minority Report is like taking my four boys to a toy store and directing them to pick out just one toy. It is a pleasantly frustrating task, which often results in leaving the store with multiple acquisitions for each child. So must be the case with Trueman's companion volume to his earlier book The Wages of Spin.

Trueman's purpose in writing this book is first and foremost to "make people sit up and think" (p. 7). Second, he desires to show that the historic beliefs of the Christian faith do not need to be "stuffy, pompous, out-of-date, or allied to a dusty, unattractive, and cadaverous piety" (p. 7). With a magnificently witty and insightful style, Trueman fulfills both purposes.

Every Christian who is serious about his (or her) faith should get his hands on this book. First, this book is thoroughly intellectual. By this I don't mean inaccessible. Rather, Trueman displays an ability to interact adeptly with those in academia, while keeping his writings accessible to a larger audience. This ability is displayed particularly in the first part of the book, which consists of four longer essays, ranging from his inaugural address as professor of historical theology and church history at Westminster Theological Seminary in Philadelphia to his critical review of Mark Noll's book Is the Reformation Over? In each of these pieces, Trueman displays a command of the subject matter, while maintaining a style of writing that is gracious and engaging.

Second, this book is insightful. Rather than simply showing us that he knows history, Trueman shows that he has engaged history. This comes to the fore in his essay entitled "The Banality of Evil: From Eichmann to the iPod Generation." Here Trueman gives us insight into the figure of Adolph Eichmann, one of the most infamous men responsible for the extermination of millions of Jews. Trueman, playing off the work of Hannah Arendt, points out that Eichmann was not some evil genius. Rather, he was a rather ordinary man who had learned to distance himself from the evil in which he was involved to such an extent that evil became banal. In other words, the sinfulness of Eichmann's work was hidden amidst a pile of clichés of language, politics, and bureaucracy. Trueman then points out that similar trends are at work today to make evil ordinary in the iPod generation. What are those trends? Grab a copy of Minority Report and find out.

Third, this book is in touch. This comes out magnificently in Part II, in which Trueman takes on contemporary issues such as the postmodern evangelical movement, Roman Catholicism, American Idol, gay marriage, and a culture obsessed with youthfulness.

Whether you are a pastor or a congregant, include Minority Report in your next book order. You will be deeply instructed and appropriately entertained.