The Bible, Rocks and Time: Geological Evidence for the Age of the Earth 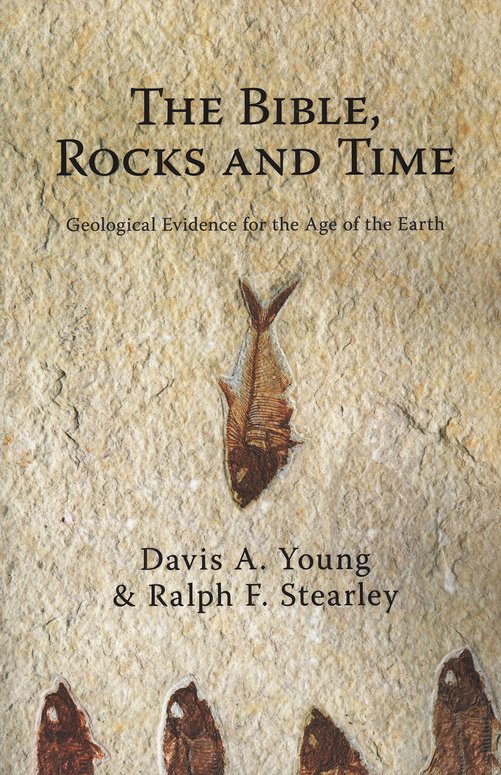 The Bible, Rocks and Time: Geological Evidence for the Age of the Earth

The Bible, Rocks and Time: Geological Evidence for the Age of the Earth, by Davis A. Young and Ralph F. Stearley. Published by InterVarsity Press, 2008. Paperback, 510 pages, list price $30.00. Reviewed by Donald J. Duff, stated clerk of the OP General Assembly.

In 1982, Davis A. Young published a book entitled Christianity and the Age of the Earth. Twenty-six years later, Young has collaborated with Ralph F. Stearley to produce "a completely revised, rewritten, and updated work based on the theme and format" of the original book. Young is professor emeritus of geology, and Stearley is professor of geology, both at Calvin College.

The book is divided into four parts. The first part, "Historical Perspectives," traces thinking on the age of the Earth from ancient Greece to modern times. In particular, it traces Christian thought throughout the ages on this subject. This section is very informative as to the development of the modern understanding of the age of the Earth. The second part, "Biblical Perspectives," deals with the early chapters of Genesis and various ways they have been interpreted. The third part, "Geological Perspectives," deals with geological evidence pertinent to Earth's antiquity. This is a 204-page section, amply illustrated and documented, dealing with the nature of the stratigraphic record, fossils, igneous rocks, and radiometric dating. The fourth part, "Philosophical Perspectives," deals with "Uniformitarianism, Catastrophism and Empiricism," as well as "Creationism, Evangelism and Apologetics."

As the subtitle indicates, this book is concerned with the geological evidence for the age of the Earth. The authors set forth in detail the geological evidence which points to the great antiquity of the Earth. Most of this evidence is put forth, not simply to argue for an ancient Earth, but to provide a fresh critique of young-Earth creationism and Flood geology, which are seen by their proponents as "scientific" explanations of the physical evidence in the rocks and strata that support their understanding of the early chapters of Genesis. This book, written by Christian geologists, is a careful analysis of those explanations. Christian college students, seminary students, and pastors should read it (and have it in their libraries) as a careful and thorough response to the literature promoting the views that the Earth is only a few thousand years old and that the biblical Deluge was responsible for a vast portion of Earth's layered, fossiliferous, sedimentary rocks.

The final section of the book presents an important discussion of some of the basic principles of science itself. One thing that young-Earth creationists abhor is uniformitarianism, which they misunderstand to mean "that the geological past must be interpreted solely in terms of present-day causes operating at the slow, gradual rates of the present" (p. 449). The authors respond that modern geologists do assume that the basic properties of material and the laws of nature have remained constant, but that this allows for catastrophic events in the geological past and the possibility that geological processes have not always acted at the same rate.

The final chapter of the book warns against the danger of advocating young-Earth creationism and Flood geology as scientifically valid. The authors point out the dangers of such advocacy to the spiritual health of Christian youth and the negative consequences for evangelism and apologetics.