Pierced for Our Transgressions: Rediscovering the Glory of Penal Substitution 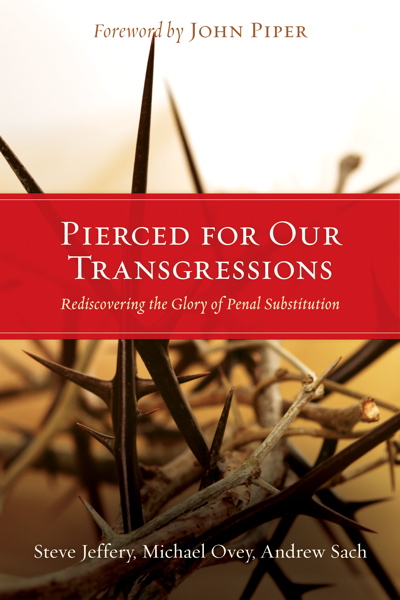 Pierced for Our Transgressions: Rediscovering the Glory of Penal Substitution

It seems that in this so-called postmodern age every doctrine is up for grabs. Whether it is the doctrine of justification, union with Christ, the inspiration and inerrancy of Scripture, or whatever, you will not have to search far to find someone reopening old controversies. In the past, the debates were between liberals and evangelicals (including Reformed Christians). But now the debates are occurring, not between traditions, but within them. One doctrine that has been called into question in recent days in evangelical circles is the doctrine of penal substitutionary atonement.

Across the Atlantic in the United Kingdom, a controversy about penal substitution broke out when Steven Chalk, an evangelist, wrote a book called The Lost Message of Jesus, in which he said that the doctrine of the Atonement, as traditionally understood, is tantamount to cosmic child abuse. As might be expected, that comment did not go unchallenged. It eventually led to a conference on the Atonement, sponsored by the Evangelical Alliance. This controversy forms the backdrop to the release of what this reader takes to be the most significant book on the Atonement published since the 1986 release of John Stott's The Cross of Christ. Oak Hill College in London has weighed in on the side of penal substitution with the publication of Pierced for Our Transgressions: Rediscovering the Glory of the Penal Substitution. This is a tremendous and nearly encyclopedic treatment of the biblical, historical, and apologetic issues. Its publication has created a stir in its own right, being criticized by the Anglican bishop of Durham, N. T. Wright.

Penal substitutionary atonement is the teaching that Jesus Christ atoned for sin by being a substitute for those for whom he died, and that the substitutionary role he took on involved taking upon himself the punishment for the sins of his people. Pierced for Our Transgressions delves into the biblical, theological, and historical background of this doctrine in Part One, and then devotes Part Two to answering questions and criticisms often brought against the doctrine. The book concludes with an appendix that provides a personal note to preachers.

This dispute is not a hairsplitting exercise of academic theologians. The denial of penal substitutionary atonement undermines the gospel itself and leaves us with an unworkable self-help, pull-oneself-up-by-one's-own-bootstraps-by-following-after-Jesus religion. I would urge all readers to tackle this book. It is a bracing tonic and will do you good. The second half of the book is worth its weight in gold.