The Devil's Delusion: Atheism and Its Scientific Pretensions 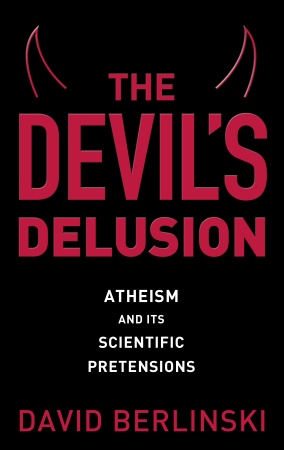 The Devil's Delusion: Atheism and Its Scientific Pretensions

David Berlinski's latest book is deficient from a Van Tilian perspective. The book does not argue, for instance, that the self-attesting Christ of Scripture and the ontological Trinity are the necessary and indispensable preconditions of the intelligibility of science. In fact, Berlinski does not profess to believe in Christ or even God. He is a secular Jew who freely acknowledges, "My religious education did not take.… I cannot pray" (p. xi). He does show, nonetheless, that science does not, as the new militant atheism claims, prove atheism.

Berlinski does a better job, in this reviewer's opinion, than many postmodern evangelicals in refuting the scientific pretensions of the new militant atheism. Too many evangelicals nowadays regard any sort of epistemic certainty, and certainly the kind evinced in Van Til's apologetics, as lacking in humility. This sort of postmodern approach is not adequate to meet the dogmatism of the new militant atheism. At least Berlinski, though an unbeliever, is enough of a real scientist to confront such atheism and expose its foolish pretensions. And that is precisely what he does in The Devil's Delusion, a book that stands on its head Dawkin's anti-God diatribe, The God Delusion.

What distinguishes these new militant atheists—such as Richard Dawkins, Daniel Dennett, Sam Harris, and Christopher Hitchens—from many of their earlier counterparts is that they assert, not only that theism merits no credence, but also that it warrants no respect and that all its practitioners should be scorned, rejected, and given no hearing whatsoever. They take Enlightenment horror at the sixteenth- and seventeenth-century wars of religion to new heights, arguing that religion is both untrue and evil. They are especially troubled by the horrors inflicted by "fundamentalist" Islam on her enemies and extrapolate from this that any religion, particularly in its most orthodox expressions, is an enemy of truth and science.

Where the new militant atheism, however, exceeds all previous bounds is in its insistence that science proves atheism. Previously, secularized science had come to claim that it was a self-sufficient, all-encompassing, self-sustaining enterprise that did not need the props that theism afforded. The Newtonian/Darwinian world, in other words, developed according to internal principles that required no divine origin or intervention, secular scientists claimed. It became a commonplace of modernism that science rendered God passé. The new militant atheists claim considerably more than this, however: they claim not only that science does not need God, but also that science has disproved the existence of God.

Berlinski seeks in this book to demonstrate the absurdity of the claim that science can disprove God. He shows that it is not within the purview of science to do any such thing. If anything, Berlinski avers, science shows us that there is some sort of intelligent designer, some sort of supreme Being, who made the world and who is distinct from it. While a Van Tilian would see such a claim as falling far short of the transcendental argument for the necessity of God and the impossibility of the contrary, it is significant that Berlinski argues powerfully that the order of the cosmos rather points to God. For anyone who engages secular science, this book is both helpful and heartening.