Katherine Parr: A Guided Tour of the Life and Thought of a Reformation Queen 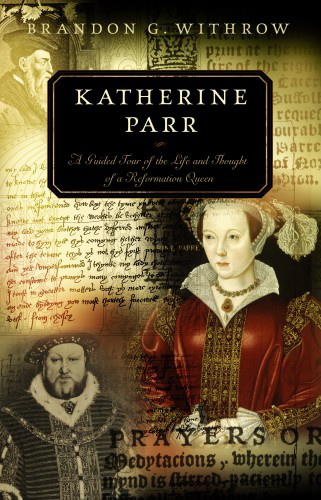 Katherine Parr: A Guided Tour of the Life and Thought of a Reformation Queen

Katherine Parr: A Guided Tour of the Life and Thought of a Reformation Queen, by Brandon G. Withrow. Published by P&R Publishing, 2009. Paperback, 186 pages, list price $13.99. Reviewed by Katherine VanDrunen, a member of Escondido OPC in Escondido, Calif.

Brandon Withrow's biographical work on Katherine Parr, the final and surviving wife of King Henry VIII, provides access to the life and writings of an oft forgotten but impressive woman. This addition to the Guided Tour of Reformation Figures series includes a full reprint of Parr's instructive Prayers and Meditations and her autobiographical The Lamentation or Complaint of a Sinner. Finally, a selection of letters reveals a loving stepmother to the future rulers Edward, Mary, and Elizabeth, a devoted wife, and her steadfast belief in Christ's salvation and the hope of heaven.

Katherine Parr was not only well educated, but also notable for her support of vernacular translations of pious writings. She commissioned an English translation of Erasmus's writings, and possibly inspired Princess Mary's translation of Erasmus's work on John and Princess Elizabeth's translation of a popular French religious work. Parr acted as Regent, with Thomas Cranmer as one of her advisors, while Henry was away waging war in 1544 and 1545. During this time, she became convinced of the Reformation beliefs in Christ's absolute work of salvation and her powerlessness apart from him to do any good works. Parr seems to have been strong and educated, though perhaps at times somewhat myopic in her piety.

Parr's Prayers and Meditations is not as distinctively Reformed as her later book, but by borrowing parts of Thomas à Kempis's Imitation of Christ she provided vernacular access to Kempis's writing. In addition, she included specific prayers that could be said by people for the king and by men entering battle. A daily prayer was provided as an aid in the understanding of the Lord's Prayer. Her second work, Lamentation, includes insight into her spiritual awakening to the Reformation tenets concerning God's election and calling, Christ's salvific work on the cross, and the sanctifying work of the Holy Spirit. Her inclusion of bold statements against the papacy and its teachings, in the context of narrowly escaping a plot on her life, reveals the depth of her conviction.

Withrow presents information from major secondary works and addresses the differing opinions concerning Parr's biographical details, those who influenced her, and those whom she influenced. His introductory notes to the primary works and letters aid the reader in understanding their content and the historical context in which they were written. Withrow's overall work would have been improved by additional historical context for those unversed in English history.

For anyone interested in learning more about the key figures of the English Reformation, this book is a helpful resource for appreciating the importance of Katherine Parr in her advocacy for religious writing in the language of the people, her theologically rich and autobiographical Lamentation, and her influence on King Edward VI and Queen Elizabeth.