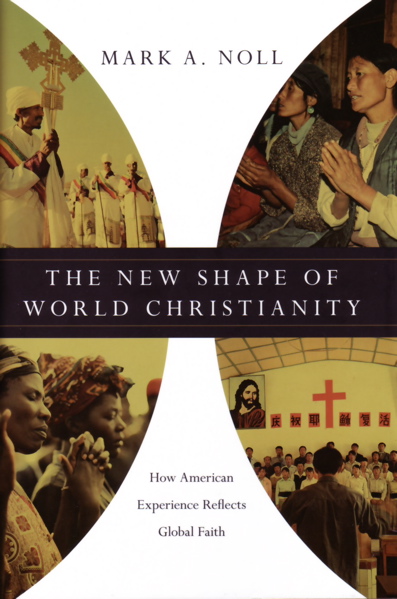 One of the best things about this book is its arrangement, and especially noteworthy is an introduction that sets before the reader both the questions to be addressed and the entire road map by which the author's answers will be given. Here we find that Professor Noll is interested in some apparently rather narrow academic questions. Is there a relationship between American (evangelical) Christianity and "the new shape" of global faith? If there is, is this relationship direct, indirect, or parallel? Noll's answer to the first question is yes, and his answer to the second question is a combination of the second and third alternatives. Crucial to an understanding of the argument is Noll's definition of American Christianity, which may make many adherents of confessional orthodoxy wince. Independent (as opposed to confessional) interpretations of Scripture, voluntarism, and the comfortable employment of commercial methods of transmitting the faith are some of the characteristics he mentions.

A question this reviewer found himself asking for much of the book was, What is at stake in the study? This question was answered in the author's concluding "reflections." There Noll maintains that the matters that he has dealt with ought to cause American Christians to question their assumption that "culture" forms merely an outward expression of "real" Christianity, from which it is easily distinguished (p. 193). He implies that culture is an integral part of Christianity and determines what it is and what can be expected from Christians of different cultures. Noll argues this thesis to help explain the social upheaval with which Christianity may threaten a culture, but in the mind of this reviewer it could easily have the opposite effect. The conclusion might be reached that there need be no social upheaval at all, because any culture may be compounded in the Christian faith and the resultant compound would be one variety of "real" Christianity. Thus he threatens to deny what he wishes to assert, that there is a unity of faith that unites peoples of differing cultures into one global and eternal body and that the members of this global body are mutually dependent upon one another.

There are other troubling aspects to this book. For example, in his portrait of global Christianity, he maintains that most adherents in all denominations accept the basic tenets of Pentecostalism, and he suggests that for this reason cessationist debates have become "moot" (p. 34). This appears to assume that millions of "majority world" believers can't be wrong. This example gives a glimpse of the reasoning of the entire work. "World Christianity" is judged, not by Scripture, but by what is accepted by the peoples of the world.

This book gives a good view of the present currents of academic thought concerning world Christianity, but its presuppositions and underlying agenda are suspect, and so the book cannot be recommended for general reading.