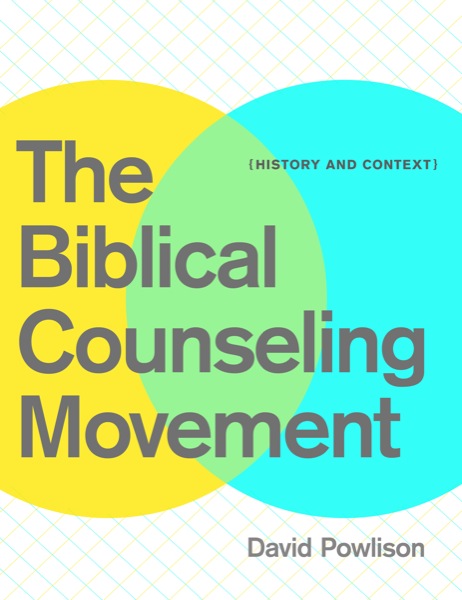 For those interested in the care of souls within the context of the church, it is difficult to overestimate the importance of this book by David Powlison. The Biblical Counseling Movement (BCM) has garnered much attention in Reformed and Presbyterian circles and beyond. Its supporters have been many, but so have its critics. Jay Adams, the father of BCM, has been, as Powlison puts it, both "canonized and demonized" (p. 229). In this book, he hopes to subvert both versions of Adams. Two things in particular stand out as commending this book.

First, this book is clearly well researched. Powlison's knowledge of BCM and its history shines. Working almost exclusively from primary sources, Powlison provides us with a detailed picture of BCM. From Adams's encounter with O. H. Mowrer, a secular psychologist who inspired his anti-psychiatry sentiments, to the intramural debates within BCM, Powlison shows his mastery of the material.

Of particular interest is Powlison's contention that BCM must be understood as a conflict over professional jurisdiction. Because secular psychology had so dominated the evangelical counseling landscape, Adams was determined to retake that ground and restore it to its rightful owners, the pastors of Christ's church. Adams claimed that psychotherapeutic professionals were "a false pastorate, interlopers on tasks that properly belonged to pastors" (p. xvii). Understanding this helps the reader make sense of Adams's belligerence toward psychiatry, psychology, and even evangelical psychotherapy. Such belligerence would prove to be both the greatest strength and the greatest weakness of the movement, leading to rapid success early on and then to decline in the 1980s, when the movement itself developed fractures.

This book presents a thorough analysis of Adams's intellectual system, his interactions (or lack thereof) with evangelical psychotherapists, and the counterattacks launched by evangelical psychotherapists. All of these elements provide the reader with a full understanding of many of the nuances of BCM. They also serve to correct some of the caricatures of Adams and the movement.

Second, this book is well written. Powlison's style is clear and methodical. But it is more than that. He draws the reader into the drama of the movement. By constantly quoting from some of the edgiest portions of Adams, Powlison impresses upon the reader the magnitude of Adams's task and the radical changes for which he was pressing in the church.

Powlison ends his account of BCM in the mid-1990s, leaving the reader wanting to know what comes next. But Powlison confesses that more of the story needs to unfold before he can write more.

Both critics and cohorts of BCM will find this book edifying, enlightening, and engaging.