Who Made God? Searching for a Theory of Everything 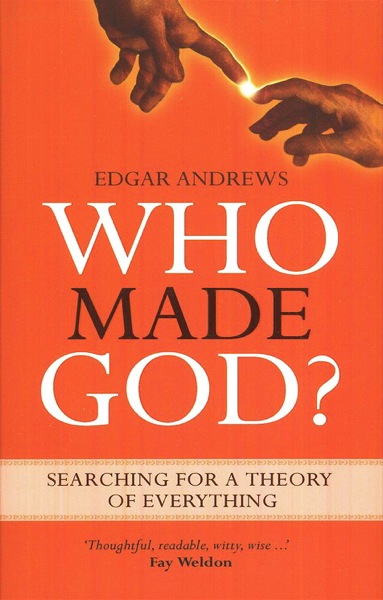 Who Made God? Searching for a Theory of Everything

Reviewed by: Douglas A. Felch

Who Made God? Searching for a Theory of Everything, by Edgar Andrews. Published by EP Books, 2009. Hardback, 303 pages, list price $16.99. Reviewed by Douglas A. Felch, OP minister and professor at Kuyper College.

In his highly readable and enjoyable book, Edgar Andrews, a world-class scientist and capable theologian, challenges the "New Atheists," such as Richard Dawkins and Victor Stenger, who represent contemporary naturalism (the view that nature is all there is, and there is no God).

Starting with the "hypothesis of God," Andrews argues that the world as described by the Bible makes sense of both human experience and scientific description. Naturalism, on the other hand, is found to be empty as an explanatory theory of the world.

When asked by opponents of Christianity, "Who made the world?" Christians respond that God made it. Naturalists then pounce with the question, "Who made God?" However, argues Andrews, if by "God" we mean the God described in Scripture as the self-existent One, it becomes clear that the question "Who Created the Uncreated One?" is nonsensical.

Further, argues Andrews, naturalists do not escape their own dilemma. When they are asked, "Where did God come from?" their most common answer is that God is a human construct, that "Man created God." The parallel follow-up question then is "Who created Man?" to which the naturalist can give no reply.

Andrews proceeds to compare and contrast the God hypothesis (which is really the Christian worldview) with naturalism.

The scope of this book is broad and addresses many fields of science. But while forced to reduce complex subjects to simple summaries, Andrews does so with skill, accuracy, and (normally) accessibility. The book is seasoned with numerous clever analogies or metaphors that help make the discussion both engaging and memorable. Further, at the head of every chapter, Andrews provides a helpful summary of its content and takes time to define technical terms.

Readers may not agree with all of Andrews's conclusions. The issues involved are complex, and there is room for disagreement within the Christian community. However, this volume is valuable, not only by providing answers to certain questions, but also by modeling how Christians can be active in science while remaining committed to the historic Christian faith and biblical authority.