Christless Christianity: The Alternative Gospel of the American Church 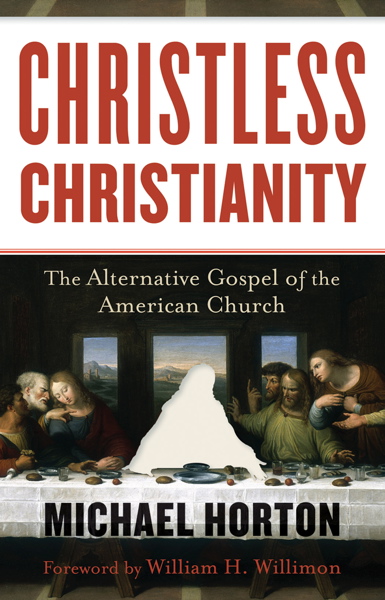 Christless Christianity: The Alternative Gospel of the American Church

Is there such a thing as "Christless Christianity"? Sadly, according to Michael Horton, this is the trajectory of American evangelicalism, and "we are well on our way" there. Horton argues "not that evangelicalism is becoming theologically liberal but that it is becoming theologically vacuous" (p. 24). Christless Christianity masterfully tells how American evangelicalism, through "a series of subtle distortions and not-so-subtle distractions" (p. 20), is displacing Christ (his person and work) from his central place in the church. Utilizing the narrative insights of biblical theology, the classic Reformation law-gospel distinction, Luther's theology of glory versus the cross, and the centrality of Christ and all his benefits, Horton gives us a superb example of Christian apologetics.

Horton shows that American Christianity is in "captivity" (ch. 1). He goes on to describe it as "moralistic, therapeutic deism," following religious sociologists Christian Smith and Melinda Lundquist Denton (ch. 2), and "smooth talking and flattery" that seeks relevance over redemption (ch. 3), which turns "good news into good advice" as a form of "easy listening legalism" (ch. 4). Horton goes on to fix his critical gaze on evangelicalism's propensity toward a "deeds, not creeds" mentality characterized by a modern-day Gnosticism, otherwise known as "American pietistic revivalism" (ch. 5), which seeks to rend asunder the vital connection between the Christian message and its divinely ordained medium of "proclamation" of the Word and "provision" of baptism and Lord's Supper (ch. 6). He concludes with a call to resist the "trivial and therapeutic" and to return to "listening to God's voice in Scripture again" by recovering the historic "Christian faith and practice within the church itself" (ch. 7).

This reviewer heartily recommends this book, not only because it is an excellent example of Cornelius Van Til's motto for apologetics, suaviter in modo, fortiter in re ("gentle in manner, strong in substance"), but also for his comprehensive treatment that leaves no person or group shielded from critique. Especially convicting and helpful to this reviewer is Horton's critique of both the emergent and the conservative Reformed churches. He warns, "Our temptation as Reformed Christians, however, is to pride ourselves on bearing the marks of a true church regardless of whether people are actually being added to the church" (p. 197). He goes on to say, "A church that is not outward looking, eager to bring the Good News to the ends of the earth, is not really bringing it to those already gathered into Christ's flock.… Without the marks, the mission is blind; without the mission, the marks are dead" (p. 205). In essence, Horton is calling the American church back to the sufficiency of the gospel, in the ministry of Word and sacrament, not only for the edification of the people of God, but also for the evangelization of the world with a genuinely "Christ-filled Christianity."