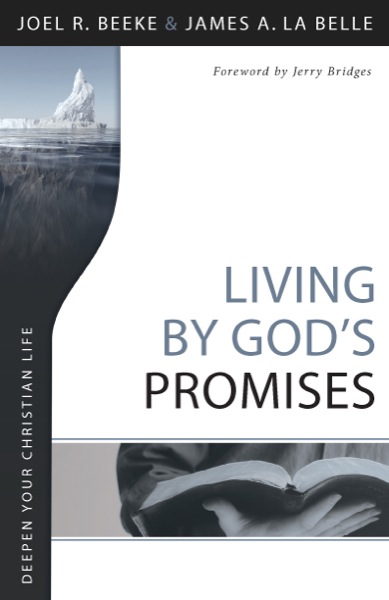 Living by God's Promises not only is a cover-to-cover read, but also will surely become a staple in the library of anyone who studies the Word of God. Even the very first page will assist you in your walk and help you to grow in your faith. There is no presumption of truth or flashy catchphrase to lure in the reader. Instead, the truth of God's Word is the foundation upon which this book is based. What's more, the authors resisted the temptation to prematurely focus on application. Joel R. Beeke and James A. La Belle, like the Puritans they so love, "do not speak about the applications or uses of God's promises until after they have instructed the mind and educated the understanding with regard to those promises."

The authors rest heavily on the works of three Puritan writers: William Spurstowe and Andrew Gray, as well as Edward Leigh, who says that the promises are "the grounds of our hope, the objects of our faith, and the rule of prayer." The authors' goal was to contemporize the language of these writers and to condense the material on this glorious subject, which they profess to be "extensively, powerfully, and beautifully" written.

Beeke and La Belle begin by defining the various types of promises. This helps the reader to see that not all promises are the same. However, all promises are built upon the foundational promise of the covenant of grace, "I will be their God, and they shall be my people" (Jer. 31:33).

From there, we are taught to whom God's promises belong, the characteristics of his promises, and the right use of them. This final point acts as a transition into the anticipated application portion of the book. God's Word is unfolded to reveal the use of God's promises in affliction, during times of temptation and sin, in fighting sin, and for pursuing holiness.

I have found many occasions to use specific things in this book for my own edification and encouragement, as well as to assist others in times of adversity and temptation. I have used portions of it to encourage others, and God has worked mightily in their lives through it.