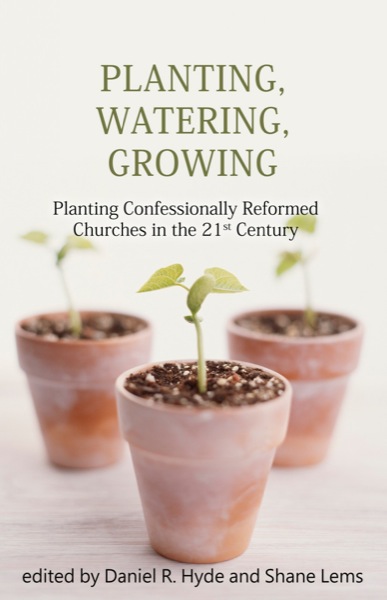 It was with anticipation that I picked up Planting, Watering, Growing. Planting confessionally Reformed churches is not easy, because deep ignorance of history or of the Bible, a focus on this world and its pleasures, and a fascination with fads challenge Reformed church planters. Here this book helps. Its twenty-one essays come from pastors in a denomination with which the OPC has close fraternal relations, the United Reformed Churches in North America (URC). This nearness is especially seen in the appreciation the editors and many of the writers express for the manual produced by our own Committee on Home Missions and Church Extension, Planting an Orthodox Presbyterian Church (POPC). Also, one of the essays comes from Eric Tuininga, now an OP missionary in Uganda.

Daniel Hyde, who pens four of the articles, has become increasingly well known in Reformed circles through various publications of help to churches. The best-known contributor is Michael Horton of Westminster Seminary California, who authored two of the essays and the foreword. All of the men involved are or have been church planters, so we can expect them to speak with both Reformed conviction and practical experience. We are not disappointed on either count.

The strongest essays are the ones that provide the scriptural and confessional "big picture" for church planting. For example, Brian Vos's opening essay lays a biblical foundation for church planting, and Daniel Hyde provides a fine exposition of Acts 16. However, I found many of the essays to be stimulating.

Although the audience is intended to be larger than the URC, the framework for the writers is the URC, its Church Order, and the Three Forms of Unity. Many of the practical admonitions, like those on "becoming a welcoming church" or the need for the church planter to balance his calling with care for his family, fill out the much briefer comments in POPC. One particular difference from OPC church-planting methodology, though, is the way in which the oversight of new mission works is handled. What role does the presbytery (read classis) play in oversight? Are there ways for a church plant to be established, other than a consistory (read session) of an organized church becoming its overseeing body? In church-planting discussions, these things could be explored.

This book is not "trendy" in terms of church-planting techniques. The authors all place emphasis on Word and sacrament, are strongly confessional, and regard presbyterian church government as the normal means that God will bless to grow his church, rather than seeing such things as obstacles to church planting. To this the OPC can gladly say, "Amen!"