Inerrancy and Worldview: Answering Modern Challenges to the Bible 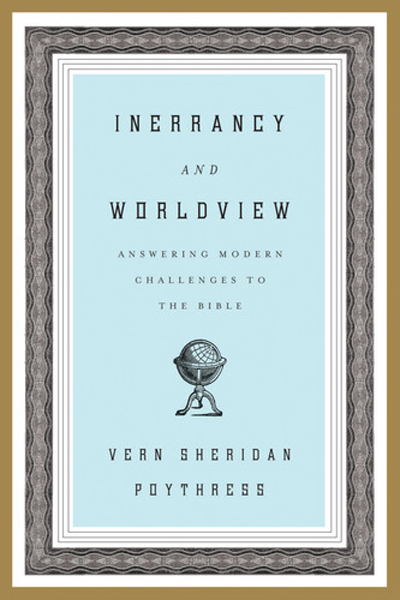 Inerrancy and Worldview: Answering Modern Challenges to the Bible

Vern Poythress, who teaches at Westminster Seminary (Philadelphia), has been an important defender of the inerrant Scriptures over the years. In this book, he answers challenges to the biblical worldview both from academic disciples (natural science, history, linguistics and the philosophy of language, sociology and anthropology, and psychology) and from wider cultural ideas and influences in the (post-)modern, Western world (materialism, individual freedom, relativism, pluralism, Marxism, feminism). He shows the major weaknesses and inadequacies of the foundational assumptions of these disciplines and formative ideas and ideologies—which fit together to form worldviews that oppose the biblical worldview of a personal Creator and Redeemer.

Obviously, this book cannot answer all questions. Indeed, it can often only scratch the surface. Nonetheless, Poythress performs a service in addressing the foundational assumptions, often unspoken, that crucially affect the debate. He continually critiques the wisdom of the world for its impersonalism. In doing so, he consistently upholds the biblical viewpoint of a personal, sovereign God. Thus, this book provides a solid grounding for more advanced consideration of the issues involved. That advanced consideration is often indicated by footnotes to the author's other writings.

In the latter portions of the book, Poythress discusses a variety of matters that pertain to the inerrancy of Scripture. He explains a supposed scientific error, an alleged contradiction, and similarities between certain laws and proverbs of the Old Testament and those of nearby nations. These examples illustrate the importance of studying the Bible carefully and reverently.

Books of this sort are usually "objective," treating the subject in the abstract. But this book wisely addresses the reader at length, for he himself is an obstacle to his own proper understanding of the Bible. Poythress challenges the reader to recognize his own moral and intellectual corruption, his pride, and his need to surrender to the word of God.

The final section of the book deals with skepticism, gullibility, ultimate commitments, and autonomy. Here again the reader is challenged with the need to examine oneself, as well as to adopt a critical attitude toward our Western culture.

This book would be most useful to college students and other people who are struggling with the challenge to their faith posed by much of the academic world—including those who are tempted to abandon traditional Christianity for some sort of "progressive evangelicalism." It could also be useful to those coming out of the unbelieving academic world into the Christian faith.