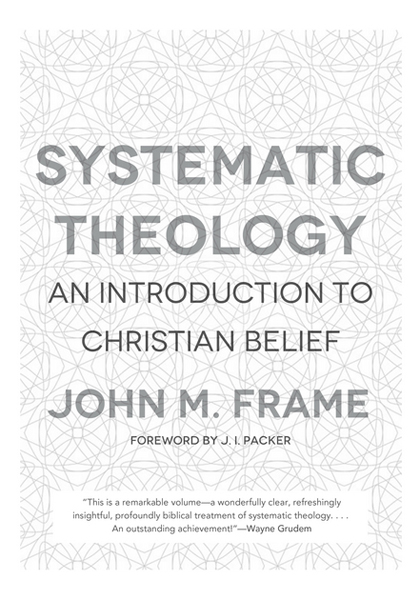 Reviewed by: Jeffery A. Landis

John Frame, a former OP (and now PCA) minister, who is currently a professor at Reformed Theological Seminary in Orlando, has written a long-anticipated systematic theology that presents a conservative Reformed perspective on the teachings of Scripture. Frame's volume, like his other writings, is characterized by clarity, warmth, humility, and depth. Frame displays that rare ability to discuss profound truths in ways that are accessible to most readers.

Frame is a biblicist in the most positive sense of the word. His writings are filled with Scripture. One reason why the volume is so large (almost 1,300 pages) is that he quotes Scripture abundantly and does not merely cite references. In arranging his material, Frame has employed God's lordship as his central theme. He understands that the Lord is the central character in the biblical story and that divine lordship is the central theme of Scripture.

Some may be put off by Frame's nontraditional approach. His triperspectivalism is well known and there are, according to the index, 114 triads that he presents in his book. Even if you do not appreciate (or always agree with) Frame's triads, they do not detract from his Reformed presentation. Another nontraditional aspect of Systematic Theology is its subject order. Most systematic theologies begin with the doctrine of the Word of God. Frame begins with the doctrine of God and focuses first on miracles. Neither of these detracts from the value of the volume.

Some of the material stands out for special commendation. His three-part section on "The Biblical Story" is a very beneficial way to begin the volume. This section helps give the big picture for the details that follow. In addition, the chapter on Christ's deity is also useful. Frame defines theology as "the application of Scripture, by persons, to every area of life" (p. 8). His belief that knowledge always involves application is seen, for example, in sections on the centrality of preaching and on why we ought to pray.

Surprisingly, after reading this entire volume, this reviewer wished for more. Specifically, more material in the latter sections of the book would have been helpful. After Frame deals with the subjects on which he has previously written extensively (doctrine of God, doctrine of the Word, and the doctrine of the knowledge of God), the chapters become less full and detailed. Part 10, "The Doctrine of the Church," could have especially used more detail. The section on the ordo salutis, an area usually covered in great detail by Reformed writers, consists of only eighty-three pages.

There are a few disappointments. For example, his treatment of Norman Shepherd's views on justification will appear weak to some. After reading his section on millennial views, this reviewer wishes Frame had defended his postmillennial view in more detail. However, the disappointments are few.

Overall, Frame's work is worthy of your time to read it. If the size seems overwhelming to you, try reading a chapter a day. It will be two and a half months well spent.