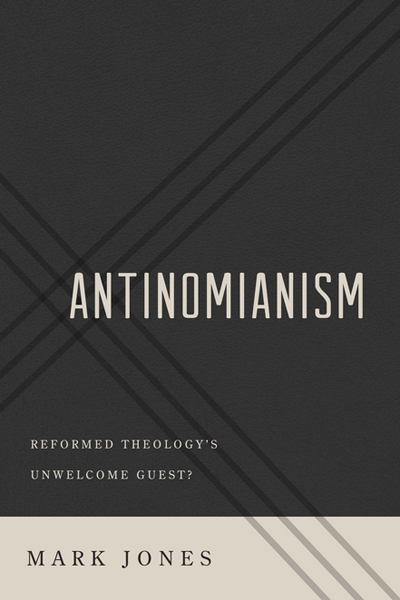 What roles do God's law and good works play in the Christian life? In answering this question, one must avoid two dangerous errors. The first is legalism: the idea that good works in any sense earn or merit eternal life. The second error is antinomianism: the idea that good works are in any sense optional in the Christian life. Legalism confuses justification with sanctification. Antinomianism does just the opposite. It is the latter error that provides both the target and the title for this book.

Drawing on a wide reading of historical and contemporary sources, Mark Jones does an able job of explaining and analyzing the major tenets of antinomian theology. The problem with antinomianism, Jones argues, is not that it denies any role for God's law or good works in the Christian life. (Few antinomians would deny New Testament commands!) Rather, the problem is that antinomianism blurs the distinction between the accomplishment and the application of redemption.

Point by point, Jones argues that antinomianism so emphasizes what Christ has done for us that it fails to emphasize fully what Christ does in us. Though it sees Jesus as our Savior, it neglects him as our example of holiness (pp. 20–22). Though it cherishes Christ's imputed righteousness in our justification, it insufficiently appreciates his infused grace in our sanctification (pp. 24–28). Though it recognizes how the law brings us to Christ, it relaxes the use of the law as a guide in following Christ (pp. 31–39). In short, though antinomianism realizes that Christ saves us from the guilt of sin, it fails to wrestle comprehensively with how he also delivers us from the power of sin (pp. 50–53).

Jones argues that at the root of antinomianism is hermeneutical error. In interpreting the Bible, antinomianism makes justification, rather than union with Christ, its governing principle (p. 41). It leans much closer to a Lutheran law-gospel paradigm than a Reformed covenantal framework (pp. 53–56). Consequently, it comes to different conclusions and/or emphases in various practical areas, such as the role of good works, the distinctions in God's love, and the evidences of assurance.

Overall, Mark Jones has given to the church a very useful little book. His analysis is compelling, and the chapters on good works and the love of God are immensely practical. The final chapter summarizes the issues and points the reader toward a solution: a full-orbed appreciation of Christ's person, his work, and our union with him by faith.

Two points should be raised in conclusion. First, Antinomianism is an erudite book. It contains foreign-language quotations and cites an array of Puritan sources. This may have been necessary, but it limits accessibility. This is a book for the pastor's study, not the church's book table.

Finally, it should be noted that Jones critically engages two living NAPARC ministers by name. The book's preface does not indicate whether or not these men were contacted directly, prior to publication. Whether such engagement is necessary may be debated. Whether it occurred should have been noted.