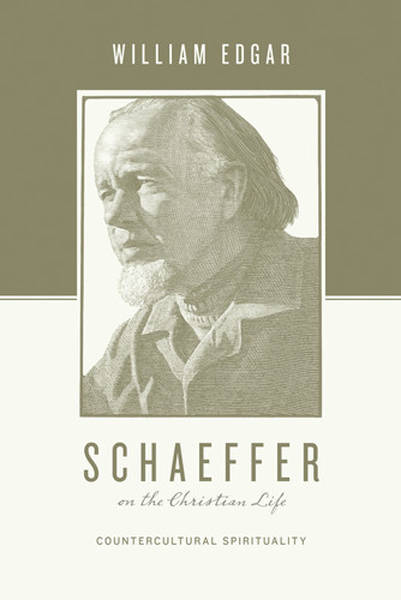 It is all too easy to judge figures from the past as if they should have known what we now know (with 20/20 hindsight). This is no less true of Francis Schaeffer, who figures—in a checkered way—in our own church's history. His was not the last word on any subject. But William Edgar, in Schaeffer on the Christian Life, shows that God used Schaeffer in his time and that he did say many things that are still helpful today.

Edgar was converted by Schaeffer and experienced his ministry at L'Abri (as he relates in this book), and also studied (and teaches) at Westminster Theological Seminary. This enables Edgar to sort out Schaeffer's complex relationships with Machen, Van Til, McIntire, and others. He is also able to clarify (and sometimes correct) Schaeffer's unique lingo, so that its essentially Reformed substance is more apparent.

In his endorsement, Os Guinness rightly calls this "an objective but affectionate portrait." Edgar sought to portray Schaeffer not only with gratitude and love, but also "warts and all." This book is well written and down-to-earth enough for the average person to enjoy and profit from.

Schaeffer on the Christian Life consists of three main parts. Part 1, "The Man and His Times," recounts the genesis and growth of L'Abri. It surveys Schaeffer's overlapping history with our own, which—to put it mildly—is a bit knotty. That knotty history turned out, however, to play a significant role. It led to a spiritual crisis. Schaeffer became convicted that he was judgmental and unloving, and that he lacked "reality" in his walk with the Lord and his people.

Schaeffer's repentance gave rise to the emphases explained in Part 2, "True Spirituality." Edgar discusses sermons and lectures that Schaeffer gave (some of which were later published as the True Spirituality), calling attention to the present supernatural working of Christ in a believer's life. Schaeffer believed that this was at the heart of everything that he did at L'Abri and beyond.

In Part 3, "Trusting God for All of Life," Edgar shows how Schaeffer worked out his "countercultural spirituality" with respect to prayer, guidance, affliction, church, and society. Particularly in the last two areas, Schaeffer might disappoint us. But Edgar does not swerve from recounting Schaeffer's teaching and activities. He faces and evaluates such disappointments with integrity and charity.

This volume joins the ranks of many books on Francis Schaeffer. But as far as I know, this is the only one that hones in on Schaeffer's message of "countercultural spirituality." And that is a message that we need now as much as ever. Many, perceiving a sterile, functional deism in their Reformed churches, become attracted to "charismatic" approaches to the Christian life. Edgar makes clear that Schaeffer's approach to the Christian life was nothing like that. Perceptive readers will instead recognize Schaeffer's "true spirituality" as sincere Reformed piety, which is the antidote both to the practical unbelief and to the "super-spirituality" into which God's people too readily lapse.