China's Reforming Churches: Mission, Polity, and Ministry in the Next Christendom 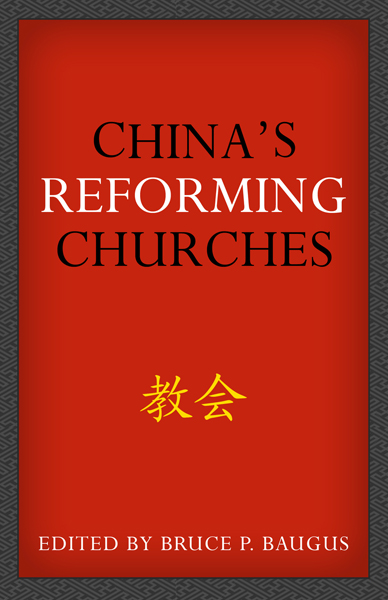 China's Reforming Churches: Mission, Polity, and Ministry in the Next Christendom

While you may not normally think to add a title like this to the reading pile on your nightstand, there are good reasons to do so! Bruce Baugus and ten other contributors, including three OP ministers, walk us through the history, the present situation, and the challenges facing Presbyterianism in China, with a final fourth part of the book laying out how best to further this modern-day reformation. The committed Christian reader will find this book generally accessible, often fascinating, and sometimes thrilling! The final section of three articles may be of more specialized interest.

For us as believers in the U.S., often facing discouragements, it is encouraging to learn how Christ is building his church in China. It is a matter for praise that of the 1.35 billion people in China, an estimated 130 million are believers. There are more evangelical believers in China than in any other country. More Chinese go to church on Sunday than in all of Europe combined. There are more Christians in China than atheists! The articles together picture the Chinese church in her context, a land of staggering numbers poised to lead the world. We can thank God that Christ is visibly at work there.

Various authors here overturn our old assumptions. Besides the government-registered churches and the underground churches, there is now a third stream: unregistered urban churches filled with professionals, sometimes flourishing in their own comfortable buildings! The Chinese Internet teems with openly Christian websites. Wealth, busyness, and "privatization of belief" have become issues there as here.

Several articles trace the tortuous history of missions in China, focusing on the Presbyterian effort. The church's blunders are as clearly portrayed as her magnificent examples and sacrifices. There are lessons here for a missionary-minded church—with missionaries now in China.

We see again how Christ may use Satan's rage to build his church. Before Mao came to power in 1949, there were over 8,000 missionaries and 500,000 Chinese Protestants. During the Cultural Revolution (1966–78), Mao used all his power to remove every opponent of "Maoist orthodoxy." The church bore the brunt; unknown numbers of believers suffered and died. Yet, at the end of the Cultural Revolution, it was found that Protestants had not disappeared from China, but increased to around six million!

As Presbyterian and Reformed believers, we can rejoice that the church in China is experiencing reformation akin to our own, centuries ago. Churches are seeking connections with others; the plurality of elders is being embraced; Reformed theological training and literature are becoming available. Indeed, this book led me to rejoice again over the treasures we have freely received in the OPC, but too easily take for granted. Many of the articles here serve as excellent primers on our understanding of the church and the kingdom.

God alone knows how far this leavening will spread among the churches in China, but China's Reforming Churches provides a stimulus to pray for such a glorious transformation.