Hidden But Now Revealed: A Biblical Theology of Mystery 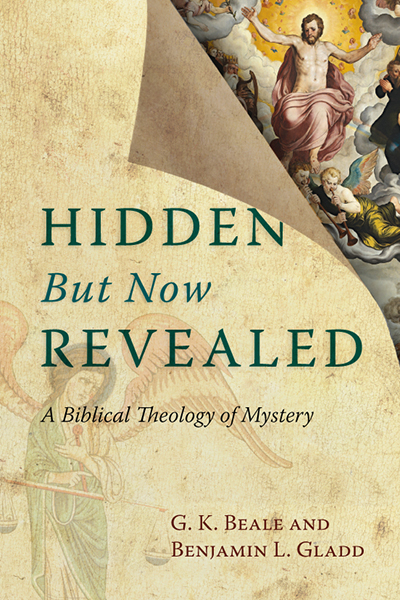 Hidden But Now Revealed: A Biblical Theology of Mystery

Greg Beale has coauthored with Benjamin Gladd a gourmet biblical-theological exploration of the concept of mystery in Hidden But Now Revealed. The authors seek to unpack the biblical contours of mystery by looking in detail at specific passages and by tracing the development of the theme across the whole spectrum of Scripture. Thirteen chapters span everything from Daniel in the Old Testament and ancient Jewish interpretation to the New Testament and pagan mystery religions. These are deep waters indeed. But the results enrich our understanding the unfolding drama of redemption.

We typically use the word mystery today to refer to something unknown or unknowable. But that is not necessarily the meaning of the biblical word. If we are somewhat familiar with the use of the word in Paul, we know that mystery has something to do with the inclusion of Gentiles among the people of God with the coming of Jesus Christ. This would be true as far as it goes, but Beale and Gladd show us that the biblical notion of mystery is more textured than that.

Questions about the New Testament use of the Old Testament enter in at this point, and so we are unavoidably caught up in the recent debates about whether or not the New Testament writers used the Old Testament carefully, honoring the context from which quotations are drawn. Beale and Gladd give us a lesson in "inner-biblical" exegesis here, and it is a sight to behold. The authors have an appendix on the "cognitive peripheral vision of biblical authors" that is very helpful at this point (pp. 340–64).

At the end of the day, a mystery is some truth about the end of days that is hidden in an Old Testament text and becomes fully revealed with the coming of Christ and is understandable to believers. Practically, this means that Jesus the Messiah rules from the cross in his suffering and that we Christians are called to mirror this reality in our own lives. Jews and Gentiles together form the one people of God who are united to Christ by faith and are called to live the cruciform life.

This deeply rewarding book will richly repay the time and effort given to digest its contents. Hidden But Now Revealed is especially geared to scholars, pastors, church officers, and interested laypeople. I would encourage others to read it too.