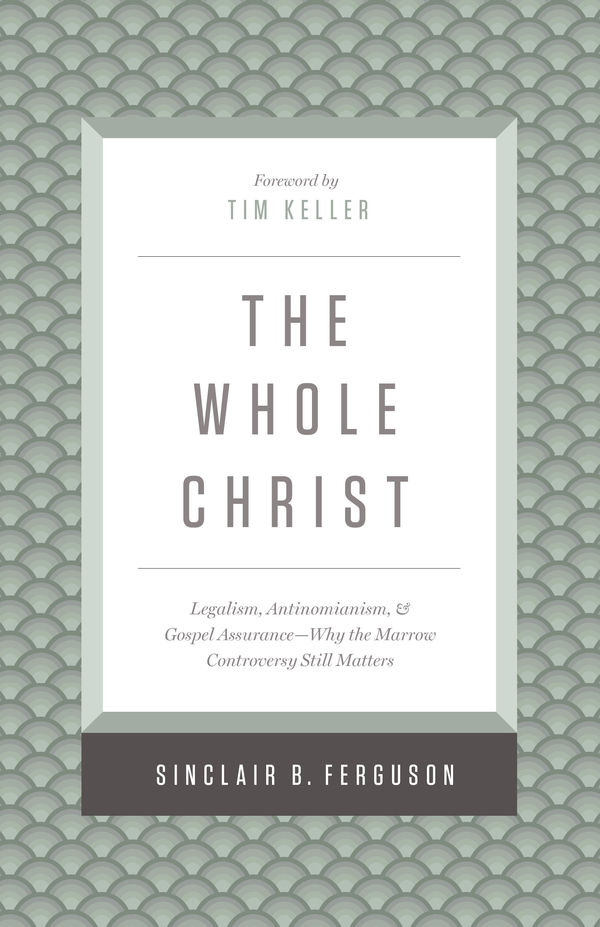 The Whole Christ is Sinclair Ferguson’s call for the church to get the gospel right. He makes his point by using an obscure event in Scottish church history, the Marrow Controversy of 1717. The book is pastoral in its tone as it answers four questions:

First, can the gospel be freely offered to all people? The Marrow Men, so called because of their agreement with Edward Fisher’s book, the Marrow of Modern Divinity, answered yes, because there is such a fullness of God’s grace in Jesus Christ that he himself is the gospel.

Second, do you have to repent before you can believe in Jesus? The presbytery involved in the Marrow Controversy demanded that potential ministers agree “that it is not sound and orthodox teaching that we forsake sin in order to our coming to Christ, and instating us in covenant with God” (p. 28). In other words, must I repent in order to come to Christ? That is legalism; it makes something I do a condition for receiving God’s grace. That is not the gospel of God’s free grace in Christ, which declares that Christ is offered freely. Repentance is a fruit of God’s grace. I repent, not to be saved, but because I apprehend the mercy of God in Christ and believe that, as one Puritan strikingly put it, “Christ is dead for you” (p. 101).

Third, is it true that the Christian does not have to keep the law (antinomianism)? The Marrow Men taught that the law is a rule of life for the Christian. Ferguson supports their view (on pages 121–22) by likening the law to an abusive first husband who showed no pity toward his wife and later died; she then married a more gracious husband. Before Christ, the law was like the first husband, having no pity on us. But in Christ we died to the law, and our new husband, Christ, “abounds more in grace than the abusive husband did in condemnation. It is this that produces what Thomas Chalmers famously described as “the expulsive power of a new affection’” (p 122). Now the law is the gracious rule of Christ for life.

Finally, is it possible to have assurance of faith or salvation, and if so, how? Ferguson tells us that assurance begins when we realize that Christ did not die to make God love us; rather, God sent Christ to die because he loved us. When we believe that God loves us, our lives will be marked by righteous living, not sinning and walking in love.

This is a very practical book. It may be Sinclair Ferguson’s best.