Resolving Conflict: How to Make, Disturb, and Keep Peace 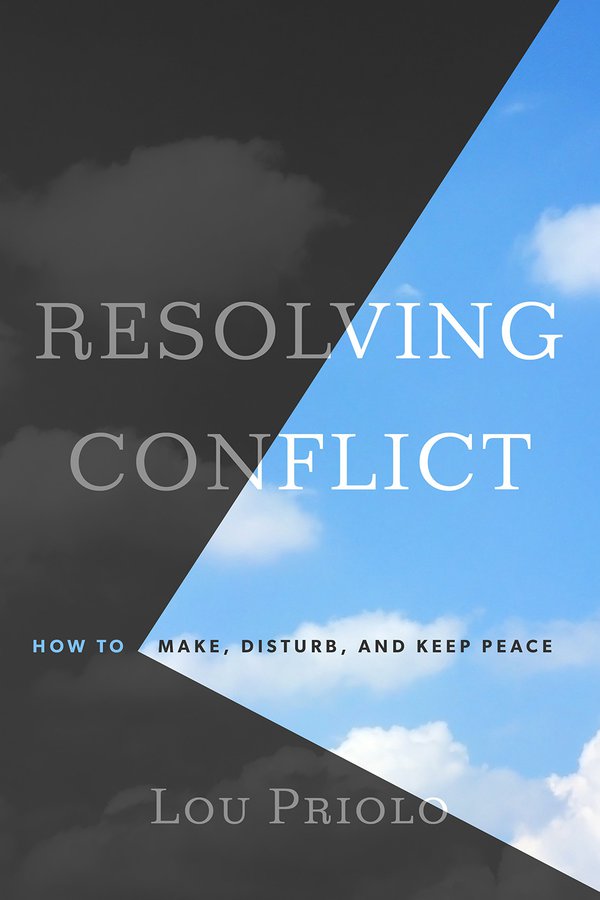 Resolving Conflict: How to Make, Disturb, and Keep Peace

Lou Priolo has written a book that some in the Reformed and Presbyterian tradition will find to be a treasure trove of helpful information, while others will find themselves frustrated and unfulfilled. Priolo is the founder and president of Competent to Counsel International and is a fellow of the Association of Certified Biblical Counselors, which was previously named the National Association of Nouthetic Counselors (NANC).

Those who adhere to a philosophy of biblical counseling in which the Bible is understood to be the only sufficient resource for conflict resolution, will find much to commend the book. Particularly helpful, no matter what your philosophy of biblical counseling may be, is Part One of the book, in which the author discusses four prerequisites for resolving conflict: humility, gentleness, patience, and loving forbearance. An entire chapter is devoted to each of these prerequisites. Priolo provides the reader with multifaceted definitions of each prerequisite, turning each one like a diamond under a bright light, so that we might understand their rich meaning. Part One is far and away the most helpful portion of this book.

For those who adhere to a philosophy of biblical counseling in which integrative wisdom is used, and in which there is a recognition of common-grace insight by modern psychology and psychotherapy, Part Two of this book will be difficult. Although Priolo’s use of the book of Proverbs to lay down general principles of conflict resolution is solid, he often falls into what might be called proof texting. For example, Priolo argues that in conflict it is sometimes proper to respond with a totally different answer to someone’s question than what might be expected (p. 166). As proof of this, he cites Jesus’ interaction with the Pharisees regarding the baptism of John. Although such a response to a question in a conflict may be appropriate at times, one is hard-pressed to demonstrate that this passage of Scripture prescribes it. This sort of proof-texting is prominent throughout Part Two of the book, and runs the risk of turning the Scriptures into an exhaustive manual on conflict resolution.

In addition to this concern, Part Two provides the reader with a number of examples of conflict resolution and counseling in which the responses of spouses or counselors seem harsh. For example, Priolo has a counselor respond to a counselee’s “I can’t” by saying, “You can’t say ‘can’t’ as a Christian. The Bible says you can do all things through Him who strengthens you. Please don’t say, ‘I can’t’; say ‘I will’ or ‘I won’t’” (p. 179). This response would come across to any counselee as lacking in empathy. Other examples of this are abundant in Part Two.