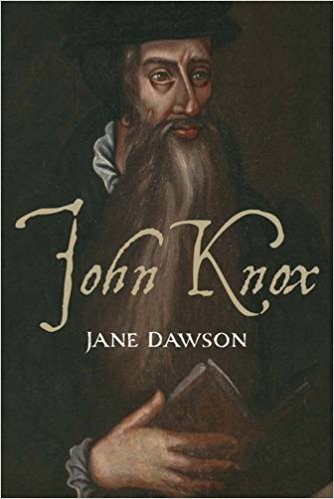 Spurgeon observed, “It is often thought wise in writing a man’s life to suppress certain matters: this may be prudent if the design be to guard a reputation, but it is scarcely truthful.”

As Jane Dawson remarks in her recent biography, the body of John Knox was not even cold before his detractors were attacking his achievements and his supporters were promoting him for the Protestant equivalence of beatification. A modern and balanced biography, then, of arguably the most significant figure in Presbyterian history is well overdue, and Dawson deserves our thanks for her labors.

At times the reader may wince at some of the invective used by Knox, but the author never leaves the reader with the impression that it is being trotted out simply to belittle the man. Many have used Knox’s First Blast of the Trumpet against the Monstrous Regimen of Women to assail him. Calvin, himself, did not approve of its publication. Yet even then Dawson simply lets the unfolding of events speak for itself and hints that Knox might have come to regret the damage it caused.

If reading through these three-hundred-plus pages seems too great a commitment—though the investment of time and effort would be well rewarded—then read the final chapter to learn of a pastor who “set time aside every day and week for his ‘reading’ [theological study] and criticized fellow ministers for not being sufficiently diligent in this respect. He was totally committed to measuring all things by the Word.” This commitment was seen in the regulative principle, “Knox’s rigorist positive and negative formulation of what constituted true worship,” which became a badge of identity “for Scottish Protestantism, for the English Puritan tradition, and in the following century for Irish Presbyterianism” (316).

The only quibble that this reviewer might have against this valuable biography is the reference to the “christening” of Knox’s two sons in Geneva. Knox did not use such a term in the Scots Confession, nor in The First Book of Discipline, and it was not used in the Reformed liturgy then in use with his approval. It would seem highly unlikely, given the word’s origin, that Knox himself would ever have used the term or approved of it.