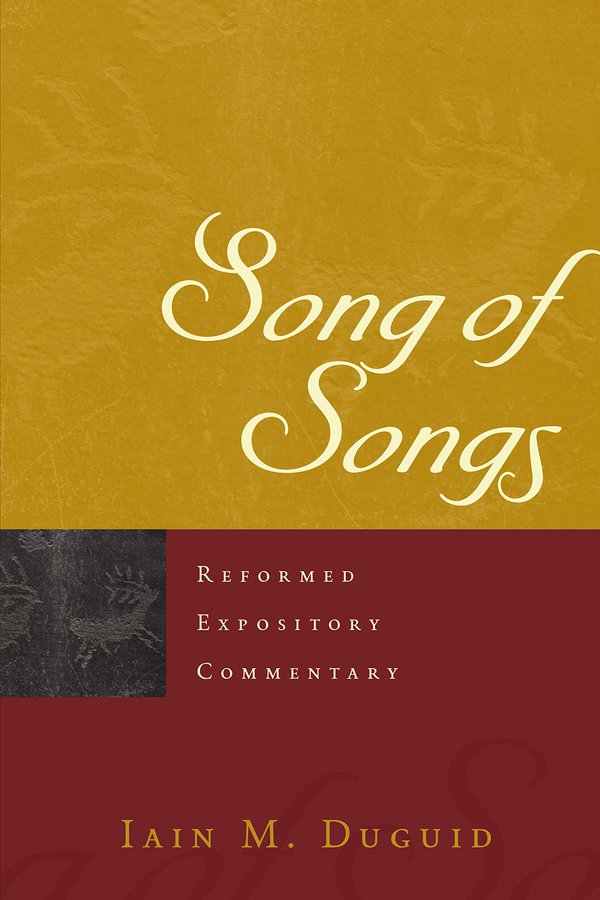 Iain Duguid’s Song of Songs has two appealing features that you might not expect in a commentary on this unique book of the Bible: humor and an emphasis on Christ.

Naturally, Christian scholars want to draw a messianic perspective out of any book of the Old Testament, but that is especially difficult with the Song—which does not contain a single reference to God, with the possible exception of some wordplay in two passages.

In this entry in the Reformed Expository Commentary series, Duguid manages to celebrate romantic love while also pointing the reader past it to the greater love of God for his people through Christ. And he does so with a funny, frank, and friendly tone that will please contemporary readers.

Having already penned a detailed study of the Song for the Tyndale Old Testament Commentaries in 2015, Duguid provides his own translation here, bringing clarity and smoothness to a text that has often befuddled readers and scholars.

In the commentary itself, Duguid’s handling of the textual difficulties is expert and assured, yet not overly technical. He brings out many fascinating details, such as the fact that the word “bride” is not used until the famous consummation passage in 4:16–5:1, thus emphatically linking sexuality and marriage. He also points out that this material falls precisely in the middle of the book, with 111 lines coming both before and after it.

Having dealt handily with various linguistic, cultural, and historical details, each of Duguid’s twelve chapters moves on to apply the Song’s truths to our daily lives, placing a salutary focus on what it says to a society obsessed with sex—while also addressing the sexual brokenness that is so widespread even in the church.

Duguid is especially adept at tying the Song to other passages of Scripture, showing how this seemingly anomalous book really does fit into God’s grand scheme. For example, he links the Song’s vineyard imagery to Isaiah 5, its garden passages to Genesis 1–3, and the “lover at the door” episode in Song 5 to Revelation 3:20.

Of course, not all readers will agree with Duguid’s take on every passage. As an example, it’s tough to see the material on Solomon’s glories (3:6–11) as a negative contrast with the simplicity of the woman and her lover.

Nonetheless, this fine new volume is both terse and conversational, both doctrinal and practical, both traditional and modern. As such, it proves an invaluable resource for anyone studying or teaching this difficult book.