Christianity at the Crossroads: How the Second Century Shaped the Future of the Church 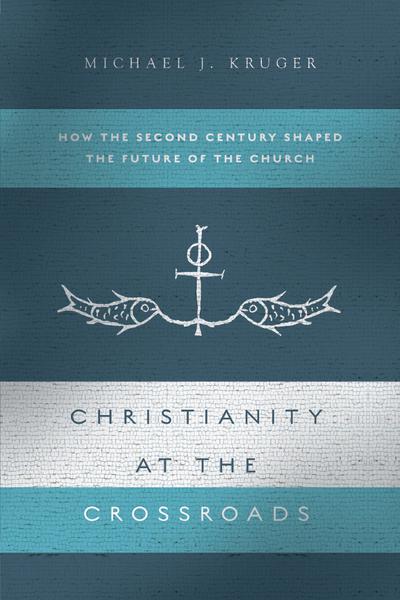 Christianity at the Crossroads: How the Second Century Shaped the Future of the Church

Christianity at the Crossroads: How the Second Century Shaped the Future of the Church, by Michael J. Kruger. IVP Academic, 2018. Paperback, 256 pages, $20.98 (Amazon). Reviewed by OP minister Robert S. Arendale.

The author of Hebrews calls believers to run the race looking unto Jesus Christ, the author and perfecter of our faith (Heb. 12:1–2). Thus, we live with our eyes fixed forward and upward to our risen Savior. At the same time, however, we are to look back to our past and learn from the church throughout the ages. The church did not begin yesterday! And it did not begin in America! Rather, for two thousand years the Lord has been guiding, protecting, and building his church. While some periods in the history of the church, namely the fourth, sixteenth, and seventeenth centuries, have received quite a bit of attention (and rightly so!), other periods have received precious little. In this book, Dr. Kruger seeks to remedy this neglect as he turns his scholarly focus to the second century.

One of the strengths of this work is its readability. Although a scholarly work, it is clearly written and well organized. The reader does not need any prior expertise to benefit greatly from this work. Another strength is its scholarship. Kruger is an expert in early Christianity—particularly as it relates to matters of Scripture and canon (see his prior works, The Heresy of Orthodoxy and Canon Revisited, for example)—and such expertise is evidenced throughout this work. He regularly interacts with relevant secondary sources; but more interesting is his interaction with the primary source material. From the early church fathers to early heretics, from Gnostic sources to the “rule of faith,” Kruger demonstrates a masterful grasp of the primary sources, to the benefit of the diligent reader.

Forty Favorite Hymns of the Christian Faith: A Closer Look at their Spiritual and Poetic Meaning

Redeeming Expertise: Scientific Trust and the Future of the Church

Following God Fully: An Introduction to the Puritans

A Gospel-Shaped Marriage: Grace for Sinners to Love Like Saints

Redeeming Our Thinking about History: A God-Centered Approach

Reformed Ethics, vol. 2, The Duties of the Christian Life