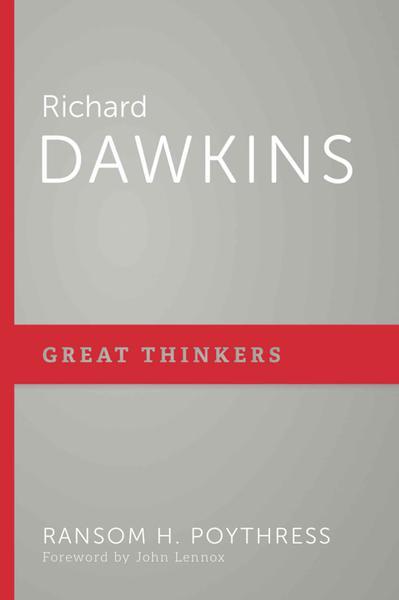 As a reviewer, I decided to read this book to see if it was truly accessible through clear writing and incisive, constructive critique. The editor says this is the purpose of the entire Great Thinkers series, of which this book is a part. I have a background in chemistry, as well as theology, and bring both to my reading.

The author, Ransom Poythress, is a professor of biology at Houghton College and a graduate of Westminster Theological Seminary. Poythress uses the tools not only of presuppositional apologetics, but also of his father’s (Westminster professor Vern Poythress) emphasis on Lordship attributes.

Poythress analyzes Richard Dawkins, whose most famous work is the best-seller The God Delusion (2006). Dawkins is a prominent figure in the New Atheist movement and is noted for his incisive critique of Christianity and his debate of various Christian apologists. With his basic premise being that a human being is an animal, but also like a machine created by his own genes, Dawkins posits that a creator is not necessary for explanations of life, but that evolution provides evidence against a personal God.

Despite these efforts, however, some issues are difficult to simplify. As a result, later sections of the book get a little complicated and philosophical. I would prefer Poythress’s own words rather than quotes from some others who are less clear. I would hope for the audience to be the non-scientist, and even the non-theologian, but the typical Christian in the pew may have trouble following the material.

Later chapters include: Issues in Science, dealing with origins, law, the universe, and complex life; Questions about God, where the author shows the unique claims of the Bible; Miracles, answering Dawkins’s flawed definitions; Evil, where we find that not understanding sin and salvation are the key issues; and Morality, for which Dawkins seems to have no basis.

Poythress is kind and fair to his opponent throughout. He concludes with a great appendix on how to talk to atheists as people, in love, keeping emotions in check, and praying for the work of the Holy Spirit. This book is a good addition to the discussions with atheism in our day.