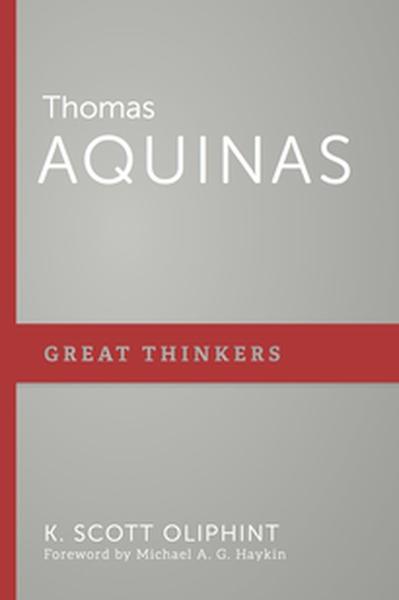 K. Scott Oliphint provides a tremendous service in carrying forward the best of the theological tradition of the OPC. Leaning on the biblical theology and exegesis of Geerhardus Vos and the apologetic tradition of Cornelius Van Til, Oliphint provides a penetrating analysis and critique of the basic architecture of  Thomas Aquinas’s theology. Employing Van Til’s “transcendental” critique to Aquinas’s thought, Oliphint exposes its fatal flaws as a consistent Christian expression of biblical truth.

The book is structured around two main sections which outline Aquinas’s approach to the foundations of knowledge (epistemology) and existence (metaphysics). In the first section, Oliphint draws upon Aquinas’s primary sources to outline his understanding of a twofold way of knowing God: (1) natural reason and (2) revelation. The second section outlines and examines Aquinas’s famous “five ways” or proofs for the existence of God. Oliphint finds both foundational elements of Aquinas’s thought to be fatally flawed, in that they are an (unwitting) attempt to harmonize the antithetical principles of these fundamentally contrary systems. Likewise, Aquinas fails to do full justice to the biblical teaching on the radical effects of sin upon the human mind and faculty of reason, which is most faithfully summarized in the Reformed Standards (Westminster Larger Catechism 28; Canons of Dordt, Heads 3–4, Articles 1 and 4). Oliphint’s interaction with the biblical text and the exegesis of Geerhardus Vos is particularly helpful.

One might object to Oliphint’s approach (and Van Til’s) from a historical perspective, arguing that Aquinas did not see himself as trying to reconcile the “unreconcilable,” and instead viewed natural reason and special revelation as complementary aspects of knowing the one true God. But this objection confuses the different tasks inherent in historical exposition with transcendental theological analysis. Oliphint is not simply trying to explain what Aquinas thought he was doing, but providing a biblical analysis of the objective failure of his system. Likewise, it is true that in Aquinas’s many commentaries on Scripture, he does take note of biblical passages regarding the effect of sin on the mind. Whether he consistently integrated that teaching into the basic structure of his theology is another question.

Perhaps most helpfully, this book represents not only a penetrating analysis and critique of Aquinas’s own thought, but by extension provides a basic critique of all attempts to structure our theology (in part or in whole) around the twofold principles of “natural reason” (functionally isolated from the full Christian system of truth) and “special revelation.” It convincingly demonstrates the fundamental failures of this approach, whether as the foundation of epistemology and metaphysics, or as the basic structure of a theology of the relationship of the “two kingdoms” (i.e., the church and the civil/secular spheres)—as attempted by many in the Protestant tradition. Although this book deals directly with a medieval thinker, it indirectly gives much food for thought in view of several contemporary theological proposals.