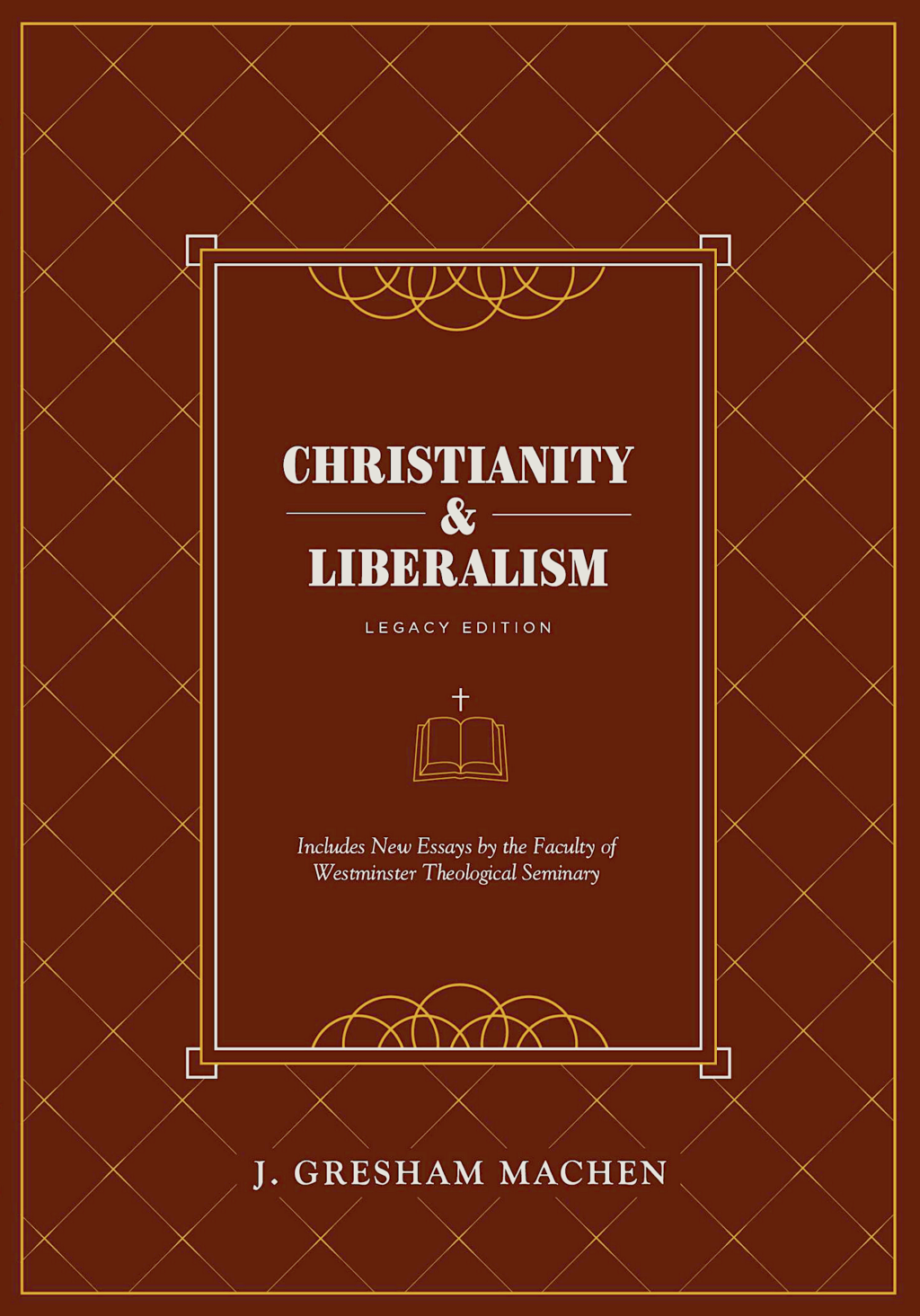 The words “me too” have come to refer to a shared experience, often among women, and always painful. But they have a much longer usage, along with “yes,” “I know what you mean,” and “I agree.”  We say these words when we are seeking common ground, often in those awkward moments when we are meeting people at college, church, or a new job. Some level of agreement feels essential for survival in some of these contexts. But the search for me-too experiences and perspectives also reflects a human tendency to feel most comfortable when we share an identity with those around us. We can find it hard to say “not me” when the Christian faith calls us to disagree.

J. Gresham Machen addresses this perennial problem in his recently republished work, Christianity and Liberalism, now accompanied by a collection of essays written by faculty of the institution he founded, Westminster Theological Seminary in Philadelphia. The “Christianity” popular in many churches today is a religion meant to be approachable that has abandoned key tenets of the Christian faith in hope of reconciling it with modern views. Machen argued already in the 1920s that this modernism or liberalism is a “Christianity” so compromised as to be a different religion entirely. He explains how liberalism equivocates, cloaking a moralistic naturalistic worldview in orthodox Christian phrases, and minimizes, representing differences of opinion as mere disagreements about biblical interpretation rather than divergence from foundational truth.

Many books address this issue, but Christianity and Liberalism should top the list for several reasons. First, as Machen studied under the leading liberals of his day, he presents their position with clarity and fairness. Second, of benefit to busy and distracted readers, Machen’s conversational style facilitates an easier grasp of his efficient, biblical arguments. While the author does address circumstantial issues less pertinent today, the book remains acutely relevant; our world parallels that of the 1920s as institutions pursue change and “progress,” guiding their members to the authority of science and individual feeling as the postmodern “truth.”

Like Paul, Machen staunchly defends doctrine, recognizing that in a world that values agreement over truth, we cannot compromise either the historical accounts or divine inspiration of Scripture. For Christianity is a “life founded upon a message” based on doctrine, an account of facts, while liberalism is founded “upon the shifting emotions of sinful men” (81). Mere submission to the person of Jesus, inner feelings, or the Golden Rule is unfounded and leads to despair (78–80).

Contrary to Christianity, liberalism diminishes the separation between God and man, replacing consciousness of sin with “supreme confidence in human goodness” (65). As the real authority for liberals is the “Christian conscience” or “Christian experience,” this conclusion, while expected, nevertheless collapses with an accurate understanding of its pantheistic undertones and of the world around us. Too often we garnish Christian experience with biblical teaching; the latter should be the main dish and experience, the accompaniment.

Machen decries the liberal claim that Jesus’s teachings or life purpose can replace the Bible’s revelations, noting that liberalism actually rejects even this in its denial of Jesus’s atonement. It creates a moralistic Bible consisting of those “isolated ethical principles” of Jesus’s teaching that “agree with modern ideas” (78). Liberalism does not view Christ as God but as an example—an idea that affords eventual despair as he is either an unachievable or unworthy example. In the section on salvation, Machen laments how liberalism preaches that every man is “plenty good enough to pay the price of sin” (127). Machen writes, “The grace of God is rejected by modern liberalism. And the result is…the wretched bondage by which man undertakes the impossible task of establishing his own righteousness as a ground of acceptance with God” (148).

Machen concludes with a call to the church for a renewal of Christian education and steadfast preaching. As this book so clearly explains, we cannot minimize the differences between liberalism and Christianity even for the sake of unity. This is a fight between a true religion and a false one concerning an admirable man and a God who saves. Unfortunately, in the church’s own leadership, relational unity often trumps the supposed “narrowness” of doctrinal conviction. This problem compounds in college, as many students replace active church engagement and service with Christian groups or Bible studies.

The faculty essays affirm Machen’s call to the church and underline the seminary’s commitment to “defend preaching driven by the convictions of Scripture” with courage (210). They range from reflections on the book to carefully crafted explications of Machen’s fundamental arguments. As a college student, I found Edgar’s essay, “Machen and Apologetics,” particularly useful. Edgar rightly notes the inescapability of faith. But many mistakenly believe that faith is enough, just so long as it is faith (146). In addition, Edgar’s essay helpfully emphasizes not only Machen’s answers but also his manner: his tone is “always gracious, never bitter,” despite the social and occupational persecution Machen faced for his uncompromising faith. In the intellectually and socially competitive environment of college, Machen offers an alternative to the pressure to prove oneself right and fit in.

As we consider Machen’s argument, I find it helpful to cast it in terms of identity. Who is God? Who am I? Who is Christ for Christians? For liberals? And are there times when I am saying “me too” when I should be saying “not me”? Many college students have been taught the “false notion that Christianity is a life and not also a doctrine” (181). This book explains why we must not agree. Furthermore, as history and personal experience demonstrate, if our lives are not built on good doctrine and biblical teaching, our lives can come to resemble that of our unbelieving friends—whether sexually, ethically, or conceptually. As I wrestle with my own weakness, I am trying to take the message of Christianity and Liberalism to heart: both learning about Christian doctrine and living it out. As I focus on this, I strive to look with others, united in gratitude, to the cross and the empty tomb, for that is where our hope and identity lies. I hope you’ll say, “me too!”