What Is the Priesthood of Believers? 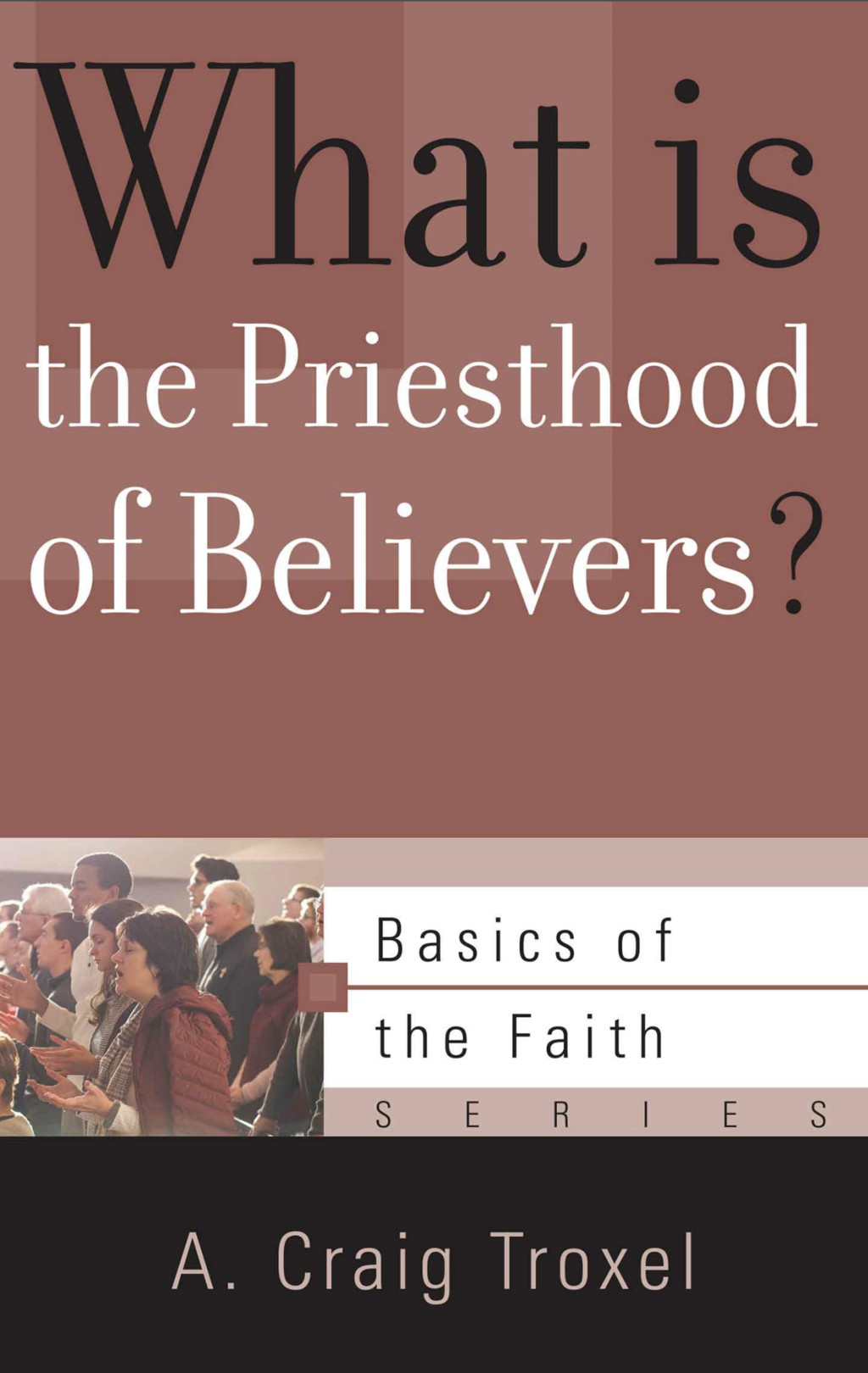 What Is the Priesthood of Believers?

The editors of P&R’s Basics of the Faith series, of which this booklet is a part, are to be commended for recognizing that we are a post-literate or less-literate generation. By the mid-twentieth century, television had reduced the attentiveness necessary to literacy. By the early twenty-first century, the digital devices have reduced attention even more so. Gone are the days of English Puritans writing books that covered any topic exhaustively. Today, we more frequently encounter slogan theology, where we affirm doctrines by their labels (e.g., “justification by faith”) while retaining little substantive understanding of what those labels denote. Each of the works in this series hovers around the twenty-five-page mark, and the authors go well beyond the slogan stage, while still writing with precision and conciseness.

In this volume, Troxel rightly grounds the doctrine of universal priesthood in the priesthood of Christ, which was and is itself informed by the antecedent priestly activity of the Levites (and of Melchizedek).

The Levites did three things: they entered God’s presence with thanks and praise (from which presence our entire race had been banished in Genesis 3); they offered the sacrifices that God had instituted; and they offered intercession and praise for the eleven tribes who could not offer their own praise or sacrifices.

Christ offered himself as the sacrifice that would atone for sin on the cross; he entered beyond the curtain to the holiest place by his ascension, and he ever lives to intercede for us, pleading the efficacy of his work on the cross. No one else offers any sacrifice after his, which was sufficient for all time to atone for the vilest of sins. But now the entirety of God’s people enter “his gates with thanksgiving, and his courts with praise” (Psalm 100:4), and the entirety of God’s people intercede in prayer for one another. Priesthood did not disappear in the church era; it became universal and non-sacrificing.

Troxel’s discussion of these realities (supported by apt quotations from dogmatic history) is remarkable for being both thorough yet concise; nothing important is either missing or belabored. Troxel also includes a gracious (and needed) warning about the dangers of anti-clericalism (which will always be present in egalitarian cultures); there may be no sacrificers in the Christian ministry, but there are pastors, ruling elders, and deacons. We still have offices, just not the office of sacrificer.

As a crabby academic, I might wish that our culture’s literacy were better than it is. But we are what we are, and P&R’s able authors such as Craig Troxel are addressing the situation with commendable economy, while retaining the critical substance. If you haven’t exposed yourself to this series, do so soon.