Imputation of the Active Obedience of Christ in the Westminster Standards 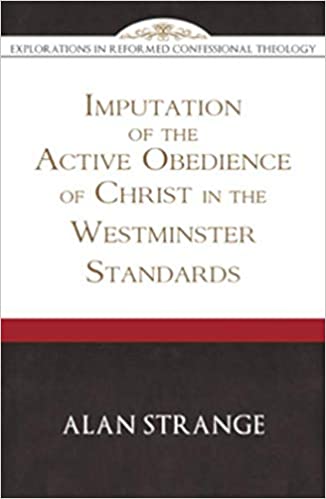 Imputation of the Active Obedience of Christ in the Westminster Standards

In the doctrinal drama of church history, it is remarked that the line between orthodoxy and heterodoxy often comes down to a word, even, on one occasion, a single vowel. Even if this has a touch of hyperbole, the observation does not miss the target. In the last several decades, some have replayed this argument concerning the imputation of Christ’s active obedience. Opponents of this doctrine, who contend that Scripture only teaches the imputation of Christ’s passive obedience, have employed this argument with the Westminster standards and the word “whole.”

These scholars point out that in September 1643, after a debate upon Christ’s active obedience being imputed to the believer in justification, the Divines approved a revision that read “his whole obedience and satisfaction being by God imputed to us” (53, italics mine). This modifier “whole” communicated their distinct support for the imputed active obedience of Christ. By 1646, the final edition, however, omitted the adjective “whole” for Christ’s obedience in the chapter on justification (WCF 11). This deletion, it is claimed, means that the Westminster Assembly did not affirm active obedience and/or it accommodated those who objected to it. Once again, orthodoxy is constricted by a word: without “whole,” active obedience is out. But, is this the correct reading of this missing “whole”?

In this volume, with scholarly precision and pastoral zeal, Alan D. Strange takes up that question. The strength of his answer is first displayed by the organization of his chapters. After laying out the importance of the doctrine of justification and defining terms in the preface, Strange sets forth the question in chapter 1 by helpfully explaining the argument of those who oppose active obedience and rehearsing the historical setting for the Westminster Assembly. In chapters 2 and 3, Strange looks at the medieval antecedents of active obedience and its development within the Reformation. The heart of Strange’s answer comes in chapters 4 and 5, where he carefully interacts with the details of the assembly’s work concerning active obedience and eloquently dialogues with scholarship and the historical records. These chapters are highly commendable, not merely for their accurate content, but for their careful historical work, especially as he shows the dangers of an argument from silence. The footnotes are quite enjoyable, too.

These chapters are so satisfying that readers could walk away at this point, confident that the Westminster standards do affirm active obedience. Yet, to do so, readers would deprive themselves of the poetry of Strange’s answer in the next two chapters. First, Strange meanders through the entire Westminster Confession and Larger Catechism to show how the roots of Christ’s active obedience twist and turn through a host of other doctrines, from election to creation to final judgment. Secondly, he shows how federal or covenant theology lies within the soul of the system of doctrine contained in the standards, and that an essential ingredient of federal theology is the imputation of Christ’s active obedience. These chapters are must-reads.

What then is Strange’s answer to the missing “whole”? This word is not needed. The confession does not require “whole,” for the imputed active obedience of Christ is wholly woven into our system of doctrine. Praise the Lord for Christ’s active obedience. No hope without it.