Redeeming Philosophy: A God-Centered Approach to the Big Questions 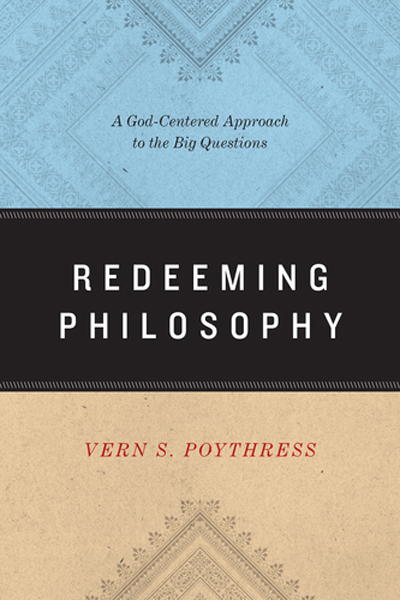 Redeeming Philosophy: A God-Centered Approach to the Big Questions

Vern Poythress, professor of New Testament interpretation at Westminster Theological Seminary, has done the church a service in authoring a reader-friendly Christian introduction to philosophy. Redeeming Philosophy is the latest in a series of books in which Poythress develops his generally Kuyperian/Van Tillian approach to such topics as science, math, sociology, logic, and language.

Redeeming Philosophy consists of six sections divided into twenty-five chapters and three appendixes. The author discusses the three basic divisions of philosophy: metaphysics (the study of being), epistemology (the study of knowledge), and ethics (the goal, motive, and standard of human behavior). He does so in creative ways that honor the biblical Creator/creature distinction.

Poythress rightly reminds us that all our thinking about wisdom (philosophy is, after all, the love of wisdom) must be subordinate to God and his Word. This point is often rejected by philosophers. Even Christian philosophers fall into this error (sin) in their philosophizing. All of creation and how we understand it, behave in it, and use it are dependent upon the triune God of Scripture.

The author brings his familiar triperspectival (or multiperspectival) approach to his work, which he shares with his former teacher and colleague, John Frame. Frame, to whom the book is dedicated, is referenced throughout the book. Originally formulated by Frame and applied to ethics, triperspectivalism looks at various issues from the normative, existential, and situational perspectives. Poythress grounds this theological method in the nature of the triune God. Each of these perspectives is mutually indwelling and entailing.

Readers will appreciate the author's treatment of the metaphysics of an apple, walking, and a bookmark. Poythress writes in a down-to-earth style that will appeal to those who are not acquainted with the ins and outs of philosophy. Those interested in a Christian approach to non-Christian forms of philosophy will enjoy the author's interaction with Immanuel Kant, Edmund Husserl, and analytic philosophers. He also addresses the work of Herman Dooyeweerd, who was a contemporary of Van Til.

Poythress demonstrates that everything in creation is subject to the lordship of Jesus Christ. Readers already familiar with the general contours of philosophy and its history will probably be dissatisfied with Redeeming Philosophy, although even they would benefit from reading it.