Sanctification: Explorations in Theology and Practice 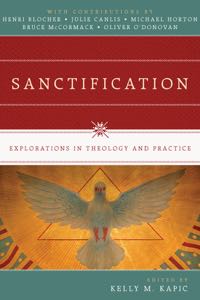 Sanctification: Explorations in Theology and Practice

This book is a collection of essays from the 2011 Edinburgh Dogmatics Conference; other contributions were subsequently added to the book. Contributors include Oliver O'Donovan, Bruce McCormack, Ivor Davidson, Kelly Kapic, Michael Horton, Rick Lints, Henri Blocher, and Brannon Ellis. Kapic, the book's editor, states that no effort was made to present a unified perspective on the topic (p. 11). Hence, as one can imagine, there is some overlap and unevenness to the book. Moreover, given that most of the book's essays originated at an academic conference, the book is largely aimed at an academic audience. I believe that professional theologians, seminary professors, pastors, and seminarians would profit most from this book, given its technical nature at a number of points. I suspect, for example, that few in the pew will take great interest in McCormack's essay on Barth and Wesley on the conception of Christian perfection (pp. 103–26).

There are, however, several noteworthy essays. The first is by Brannon Ellis on union with Christ. He offers and defends the thesis that being in Christ and belonging to the church are materially equivalent ideas that describe our participation in the covenant of grace (p. 81). He presents thoughtful ideas that deserve careful consideration. Two other notable essays are those by Rick Lints and Henri Blocher. Both write on the much-needed topic of sanctification by faith alone (pp. 35–78). Pastors should read and carefully meditate on these chapters. All too often, people believe that good works sanctify, rather than union with Christ by faith alone, through use of the means of grace: word, sacrament, and prayer. Our own Westminster Confession of Faith makes this very point: "The principal acts of saving faith are accepting, receiving, and resting upon Christ alone for justification, sanctification, and eternal life, by virtue of the covenant of grace" ( WCF 14.2).

By far the most powerful essay comes from Kelly Kapic, which is on suffering and sanctification. He writes informed by his own experience with his wife's bout with cancer and subsequent struggle with polyneuropathy (p. 212). His chapter focuses on the ideas of faith, hope, and love, and drawing strength from Christ in the midst of profound suffering. Kapic writes academically, but pastorally, as he draws upon the insights of Martin Luther and the Reformer's own physical sufferings. Kapic encourages suffering Christians to focus on the images of the cross, resurrection, and feast: "Suffering can be like a famine: a famine of comfort and peace, a famine of joy and health, a famine of community and self-worth. To this famine Christ offers the feast of himself" (p. 231). This essay should be read by everyone in the church and is alone worth the price of the book.