The Confessions of Our Faith 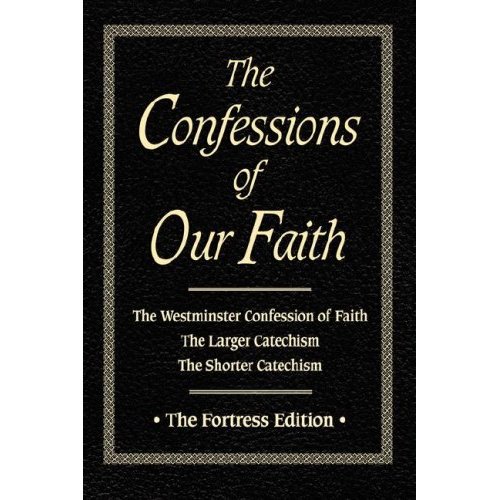 The Confessions of Our Faith

Over the years, there have been a number of attempts to "translate" the Westminster Standards into modern English. The results have varied. This attempt has succeeded. As editor Brian W. Kinney explains in the preface, the team of men who authored this work followed standard English usage for clarity, while leaving the statements of doctrine unchanged. Important theological terms have remained unchanged (such as justification and sanctification). The text of the Standards is the one approved by the Presbyterian Church in America in 1973. The text of the Bible used in references, for the most part, is the English Standard Version.

Those who read and study the Westminster Confession and Catechisms often find themselves coming across expressions that seem odd because of the antiquity of the text. This edition provides a remedy by using modern English expressions that make the meaning clear. For example, consider the opening paragraph of the Westminster Confession. The italicized words below show how the text was revised from the original to the Fortress Press edition:

Original: "Although the light of nature, and the works of creation and providence do so far manifest the goodness, wisdom, and power of God, as to leave men unexcusable; yet are they not sufficient to give that knowledge of God, and of His will, which is necessary unto salvation. Therefore it pleased the Lord, at sundry times, and in divers manners, to reveal Himself, and to declare that His will unto His Church.…"

Fortress edition: "Although the light of nature, and the works of creation and providence do so far make known the goodness, wisdom, and power of God, as to leave men without excuse, they are not sufficient to give that knowledge of God, and of His will, that is necessary for salvation: therefore it pleased the Lord, at various times and in a variety of ways, to reveal Himself, and to declare His will unto His Church.…"

Another example of the use of modern terms is in Larger Catechism 139, where "stews" is replaced by "houses of prostitution."

The overall effect of this work is to open the text of the Westminster Standards to a twenty-first-century audience without sacrificing doctrine or important terminology. Purists might wince at some of the changes, or prefer to retain the old language and educate the modern church in seventeenth-century English. But some among us will appreciate the effort to make doctrine clearer to modern readers. May the Lord be pleased to use this "translation" to keep the church semper reformanda, that is, always reforming.