The Larger Catechism: A Critical Text and Introduction 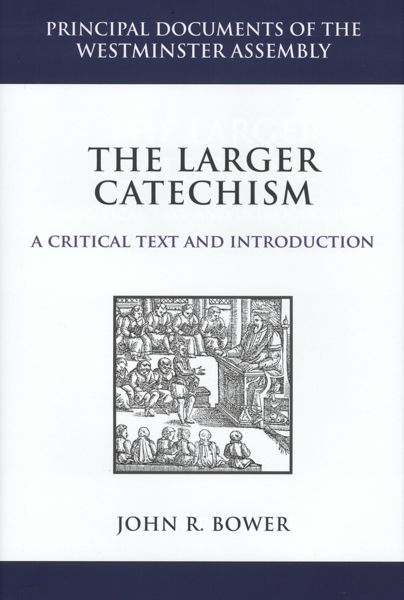 The Larger Catechism: A Critical Text and Introduction

Part of the Principal Documents of the Westminster Assembly series, John Bower's The Larger Catechism details the Larger Catechism's creation, development, and printing, and provides a critical text and a comparison of the earliest printed texts in parallel columns. Bower recounts how the Assembly started in 1642–43 with a call for one catechism in the kingdoms of England, Scotland, and Ireland to help bring about religious uniformity. However, by 1646–47 the Assembly adopted a plan that mandated two catechisms, one shorter for children and the uninstructed, and the other larger for the more mature. Bower quotes Samuel Rutherford that one reason for this move to two catechisms was that the Assembly did not want to dress up milk and meat in one dish.

Rutherford and the Scottish commissioners also wanted a better catechism than the single one that the Assembly had been working on through 1646. The original effort left out such doctrines as predestination, the covenant, justification, sanctification, and the mediatorial offices of Christ. Consequently, George Gillespie criticized it as not such as might be expected from an Assembly.

Two significant events occurred when the Assembly turned its attention to developing a Larger Catechism. First, it decided to frame questions and answers that would stand on their own—something new in catechizing technique. Second, the content of the Larger Catechism was deliberately tied to the previously finished Confession.

This last point, however, does not mean that the Assembly slavishly repeated the Confession's topical development in the Larger Catechism. The Confession presents the order of salvation before its chapters on the church and communion, whereas the Larger Catechism places its treatment of the order of salvation after questions on the church and communion with Christ. Bower explains that the Larger Catechism follows the outline of the Apostles' Creed in questions 5–90. He also suggests that this creedal influence explains the inclusion of questions regarding Christ's humiliation and exaltation and the emphasis on the work of the Holy Spirit.

Perhaps the most user-friendly aspect of the book is Bower's glossary of words from the Larger Catechism that either are obsolete or have an archaic meaning today, such as "janglings" (idle talk or chatter, Q. 113), "physick" (medicine, Q. 135), and "thraldome" (servitude, captivity, or bondage, Q. 101).

Admittedly, the book's focus is narrow, and the critical text and the comparision of authoritative texts that take up the last half of the book are geared toward specialists. But the book would serve as a helpful addition to the libraries of those who love the Larger Catechism and, dare it be said in our modern age, are eager to promote its usage.