Letters to a Young Calvinist: An Invitation to the Reformed Tradition 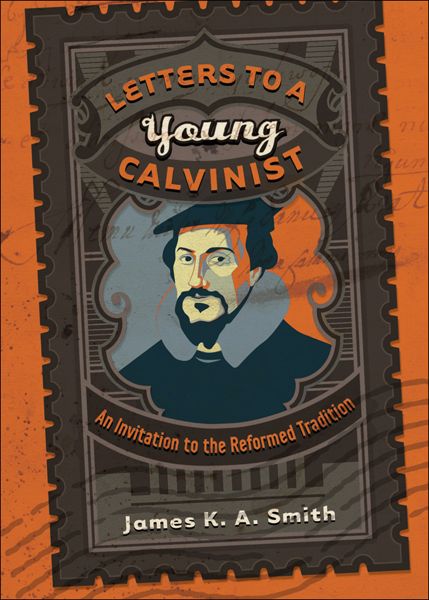 Letters to a Young Calvinist: An Invitation to the Reformed Tradition

Letters to a Young Calvinist: An Invitation to the Reformed Tradition, by James K. A. Smith. Published by Brazos Press, 2010. Paperback, 160 pages, list price $14.99. Reviewed by OP licentiate Austin Britton.

In case you haven't heard, there is supposedly a resurgence of Calvinism among American evangelicals. Collin Hansen's 2008 book, Young, Restless, Reformed, has become the seminal work in chronicling this new wave of emerging evangelical Calvinists. With this new movement in mind, James K. A. Smith enters the scene in order to invite those embracing TULIP into the Reformed tradition.

To do this, Smith has written a collection of fictitious letters from a pastoral mentor to a young, zealous, Calvinistic apprentice. The letters are intended to show what a journey into the Reformed tradition might look like for someone wrestling through Reformed teachings.

Right from the start of the book, Smith exhibits a commendably warm, patient, and pastoral tone. All too often, discussions of "being Reformed" shed more heat than light, yet Smith avoids this pitfall. Other strengths of this book include Smith's defense of Calvinistic soteriology, his argument that the Reformed tradition was and is a renewal and recovery of the Catholic tradition, and his demonstration that the Reformed tradition is a confessional tradition. All of these points strengthen Smith's invitation.

However, there are also some weaknesses. First, while Smith acknowledges that the doctrine of justification by faith has been a cause for some recent debate among those in the Reformed tradition, he shows sympathy for N. T. Wright's account of justification (pp. 104–5) without mentioning that many Reformed denominations (including the OPC) reject Wright's view. It would seem that the views of the churches in the Reformed tradition at least deserve mention.

Second, in noting that Calvinism has surprisingly taken root in such places as a Baptist seminary, Smith explains this phenomenon by referring to what he calls the "Westminster-ization" of the Reformed tradition (pp. 63–64). The notion seems to be that the Westminster standards emphasize individual soteriology in a way that individualizes the new Calvinistic movement and diminishes the ecclesiology of the old Reformed tradition. In the opinion of this reviewer, Smith's proposal too strongly distinguishes the Westminster standards from the Three Forms of Unity. This weakens Smith's invitation to young Calvinists by diminishing the beautiful unity in many matters of ecclesiology that Reformed churches share in their respective confessions.

In conclusion, Smith's book reminds us that the Reformed tradition is a biblical, robust, and living tradition that is the fount from which the doctrines of grace flow. However, the intended audience of this invitation would be best served by going through the book with a Reformed pastor who could provide necessary nuance, clarification, and correction when needed.